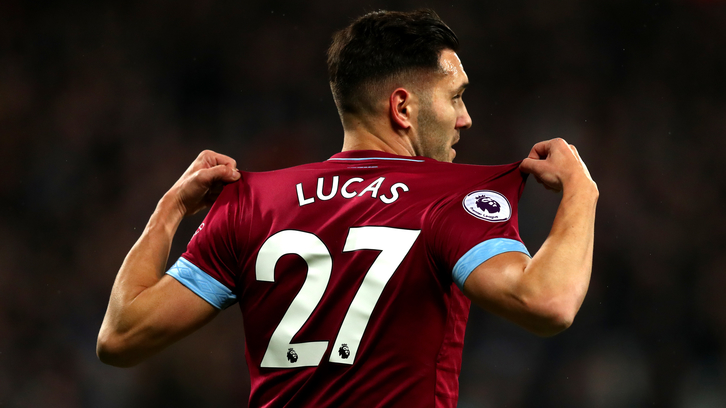 Lucas Perez and Robert Snodgrass will start West Ham United’s Premier League match with Everton this evening as the Irons look to claim a fourth successive win at London Stadium.

Pedro Obiang – who celebrated his 27th birthday this week – also returns to the starting XI.

Manager Manuel Pellegrini has made three changes to the side that defeated Huddersfield Town 4-3 prior to the international break, with Felipe Anderson missing out due to a minor ankle knock.

Captain Mark Noble and Michail Antonio drop to the bench.

Lukasz Fabianski continues his run of playing in every Premier League match this season for the Irons, making his 32nd appearance in the top flight in Claret and Blue, with the Poland international seeking a sixth clean-sheet of the season.

West Ham’s defensive line remains the same from the Huddersfield victory. Pablo Zabaleta and Aaron Cresswell are the full-backs, with the No3 captaining the Irons this evening.

Issa Diop and Angelo Ogbonna are the centre-backs. The Italian, who makes his 100th Premier League appearance in this game, scored in the last match against the Terriers.

Snodgrass returns to the starting XI, looking to add to his five Premier League assists so far this campaign, while Manuel Lanzini makes his sixth consecutive showing for the Irons since returning from injury.

Lucaz Perez partners Arnautovic in the front line for the Irons.

Noble and Antonio are joined on the substitutes’ bench by Fabian Balbuena, Arthur Masuaku, Grady Diangana and Chicharito.

The Mexican came off the bench to score twice in West Ham’s win against Huddersfield last time out.