Academy of Football stars set for return to action 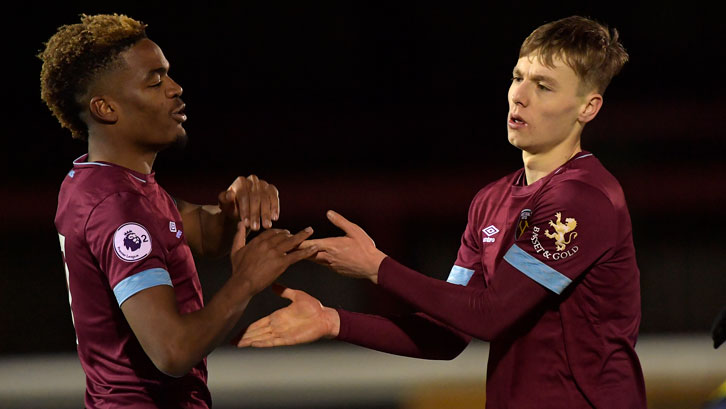 First up, Liam Manning’s U23s continue their quest for Premier League 2 Division 1 survival when they travel to take on Freddie Ljungberg’s Arsenal on Friday evening.

The Hammers remain in the relegation zone, despite scoring a convincing 3-0 win at bottom side Swansea City last time out and being the leading scorers in the division with 36 goals to their name.

However, Manning’s youngsters have a game in hand on Tottenham Hotspur, who are three points and one place above them, and will go above Spurs and Blackburn Rovers on goal difference with victory at Meadow Park in Borehamwood.

Friday’s game is a rearranged fixture after the initial meeting was abandoned at half-time due to heavy fog on 4 February. Arsenal were leading 3-0 when the game was called-off, so West Ham will want to take advantage of their second opportunity and produce a better performance this time around.

The two teams also met at Chigwell Construction Stadium back in August, when the Gunners secured a 3-2 victory, despite goals from Xande Silva and Reece Oxford for the home side.

With senior first-team players returning to fitness, Manning is likely to have a strong squad at his disposal, with the likes of Grady Diangana, Ben Johnson, Conor Coventry, Xande Silva, Nathan Holland, Dan Kemp and Mesaque Dju all potentially featuring in Hertfordshire.

Admission for Friday evening’s match at Meadow Park is free.

On Saturday, Mark Phillips’ U18s return to action too, with Leicester City the visitors to Little Heath in U18 Premier League South.

West Ham’s scholars sit sixth in the 12-team table with four matches to play, with a win over the Foxes taking them potentially as high as fourth in the standings.

However, the Hammers will need to arrest a recent slide in results which has seen them lose their last three matches at the hands of Tottenham Hotspur, Fulham and Arsenal, conceding 12 goals in the process.

Parking and admission at Little Heath for Saturday’s 12noon kick-off are both free of charge.

Youth team return to action in defeat to Chelsea