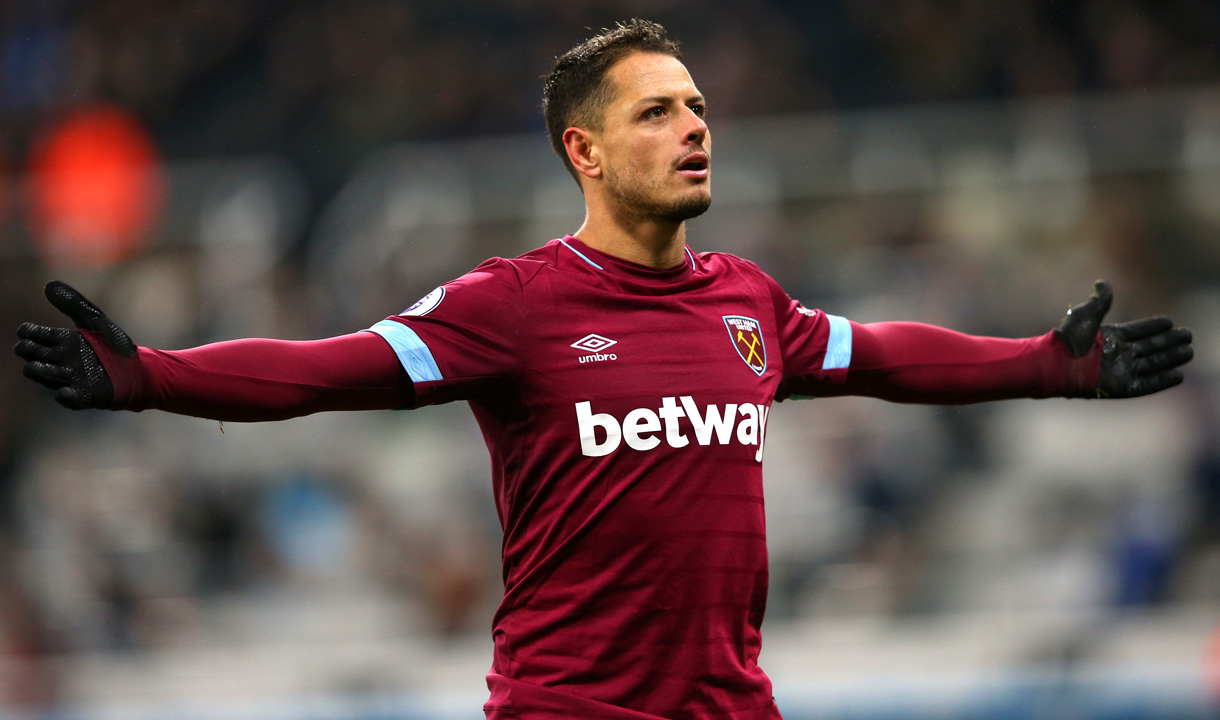 Having ticked off a major landmark in reaching 50 Premier League goals recently, West Ham United striker Chicharito is in no mood to let up as he targets a European place.

The Mexican brought up his 50 in the 3-1 London Stadium victory against Fulham last month, quickly adding to his tally with two more in the dramatic 4-3 success over Huddersfield Town.

“You always aim and dream about big achievements and big numbers, but I never thought I would get 50 Premier League goals,” the No17 said.

“In this country, winning two Premier Leagues and now being with West Ham, I am very glad and happy. Hopefully I can get more goals of course.

“I want to try to get West Ham to seventh position and into Europe – that’s the most important thing in our minds and if I keep playing as many minutes as I can and help with assists, goals and performances that’s my goal in the last games we have left.”

Like all forwards, Chicharito thrives off goals, and he relished recalling his debut strikes both for the Red Devils and the Hammers.

He continued: “My first Premier League goal was against West Bromwich. I scored before with Manchester United in some other games, but that one gave me a lot of confidence in that moment. I was very young and in the early stages there, so I wanted to do my best and not have that period of adaptation.

“I wanted to prove that I could play in the Premier League as best as I could, as quickly as I could. So that goal gave me a lot of confidence and responsibility as well that I needed to keep working hard. Of course, we won the Premier League in that first season so that was a very good thing.

“Then at West Ham, It was my second match at this club [at Southampton], so it’s a very good start when you come to a club and have a response that quick with two great goals. Unfortunately we couldn’t get any points out of it – we had a red card so it was very difficult and they won in the end with a penalty.

“It was a tough task, like this season, because we knew the games at the start were difficult, but that game was very important for me.”