Take a look back at a classic West Ham United moment on this day in history, in association with Basset & Gold...

It is exactly 19 years since Paolo Di Canio scored one of the most iconic goals in West Ham United history – his famous volley against Wimbledon.

Rather than control the ball before unleashing a shot, the enigmatic and supremely talented Di Canio launched himself into the air before arrowing an unstoppable shot past Neil Sullivan with the outside of his right foot. 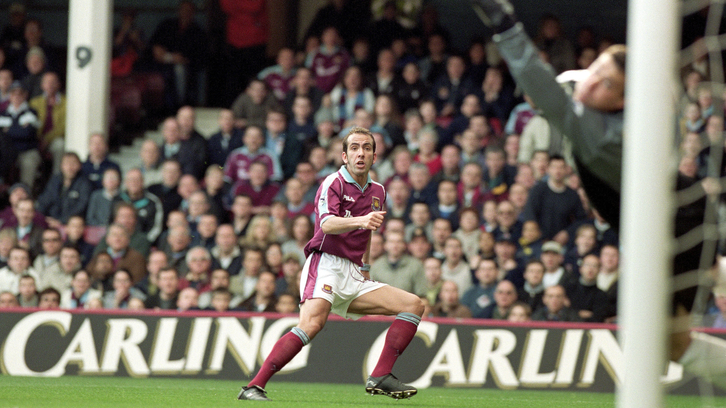 Harry Redknapp's side went on to win the game 2-1, with Frederic Kanoute getting the home side's other goal.

In May 2016, the goal was named the greatest in Boleyn Ground history and honoured during the stadium's closing ceremony.

Reflecting on a strike labelled ‘sensational, even by his standards’ by Sky Sports commentator Martin Tyler, the Italian used typically enigmatic language.

I can understand in England why they show this because it was pretty much a perfect strike.

“The Wimbledon goal was very good!” he confirmed. “The delivery was a typical English delivery, you know, as it was a delivery that started and arrived quickly.

Even the man who was beaten by Di Canio’s volley, Wimbledon goalkeeper Neil Sullivan, can look back on the moment with a smile. 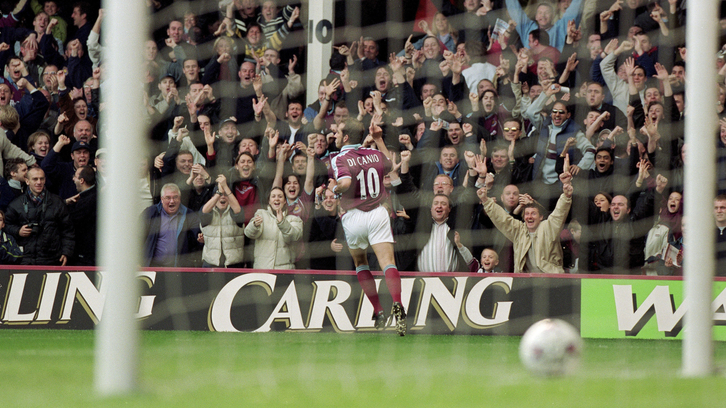