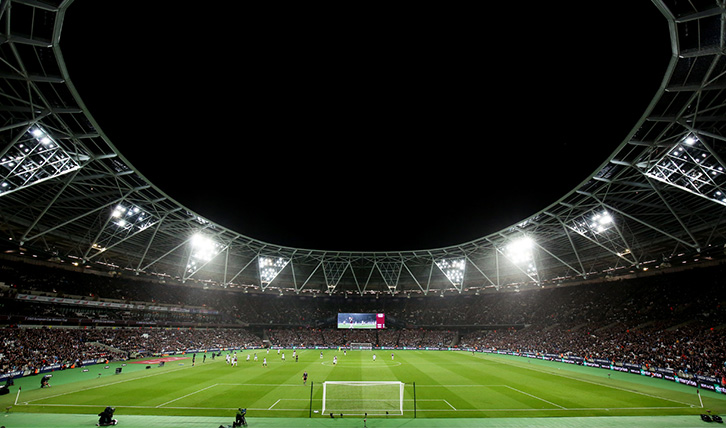 Following consultation with and feedback from the Official Supporters’ Board (OSB), the Club has extended the Season Ticket renewal deadline from 17 May to 31 May. The OSB requested extra time for fans who wish to renew to take into account ‘pay day’ at the end of May. The Club has also committed to consulting with the OSB on the process around Season Ticket renewals in future seasons.

The new agreed dates are as follows:

The OSB’s Ticketing Subgroup was set up to provide a forum for supporters, via the OSB, to feed back to the Club specifically on ticketing matters that are important to them. David Baker, Chairman of the OSB, said “I am pleased that the Club took on board our feedback and they have acted by extending the renewal deadline. We have spoken with a number of supporters over the past couple of weeks and subsequently met with the Club to provide them with the feedback we received from Season Ticket Holders. The OSB will always approach the Club and stadium partners in a constructive manner on behalf of West Ham fans, as we did on this occasion, and it’s great that we have a positive outcome for our fellow Season Ticket Holders.”

Last night, at the first scheduled OSB Ticketing Subgroup meeting, the OSB raised feedback from supporters to the Club. Some of the key topics raised and discussed included:

The OSB informed the Club that the Ticket Exchange and Ticket Forwarding facilities were “often not working correctly” online. Nicola Keye, Head of Ticketing, clarified that there were only two matches this season where there had been minor technical issues with the Ticket Exchange service and that Ticketmaster were immediately notified to rectify the issue as a priority.

The Club recognises the convenience of having access to a facility in which Season Ticket Holders can officially and safely sell or forward their ticket to a fellow supporter to ensure their seat does not go empty. It was noted that Ticket Exchange was used by over 3,000 fans for the match v Huddersfield & continues to assist fans to sell their tickets effectively and conveniently if they cannot attend the match. Nicola also expressed the importance of Season Ticket Holders contacting the Ticket Office directly if they are experiencing any difficulties when using the service. The Ticketing team is available to provide support and solutions in these circumstances and would be happy to help.

Away supporters in home areas

The OSB raised the issue of visiting supporters purchasing tickets in home areas. Nicola explained that the Club monitor ticket purchases based on the intelligence available to us. Ahead of our FA Cup Third Round tie with Birmingham City, the ticketing and operations teams were able to establish that a number of visiting supporters had purchased tickets in home areas. Their tickets were subsequently cancelled and the supporters notified. Additionally, the stadium safety and security team have recently introduced additional checks at the turnstiles, asking supporters to open their jackets prior to entry in order to check for any away colours. Jake Heath, Supporter Services Manager added that, as soon as we are aware of any visiting supporters being in the home sections, we will take swift action to resolve the situation. It is sometimes the case that supporters will be wearing additional items of clothing making it difficult to spot any clear allegiance to the opposing team prior to entry. The OSB requested that an advisory message be added to the booking confirmation email, reminding supporters that the home areas are for home supporters only, and the Club agreed to action this as soon as possible.

The OSB asked for additional clarity on the season ticket waiting list, in particular, the information provided to supporters in the queue and how often this is communicated to them.

Nicola explained that there are currently 36,000 supporters on the Season Ticket Waiting List and that there were 500 vacant seats that we could make immediately available to the Season Ticket Waiting List as well as existing Season Ticket Holders who have requested to relocate to make the process more efficient. The OSB were consulted for their views on the proposal and approved unanimously. The Club agreed to implement this new process as soon as possible. Communications between the Club and supporters on the waiting list was also raised, with the Club confirming that, in the two previous seasons, we have contacted supporters by email, SMS and telephone about their priority to secure a Season Ticket and we have proactively and intentionally made contact by three different means to alleviate the chances of missing the opportunity.

The waiting list is ordered using the date and time that a supporter joins, with Season Tickets being offered to supporters on the list in consecutive order and through priority purchase windows. The Club appreciates that supporters will have certain commitments that mean they might not be in a position to purchase a Season Ticket and has taken this into consideration when enabling supporters to defer their place on the waiting list for one season.

It is difficult to provide an estimated waiting time due to the variable factors involved. This is entirely dependent on the number of Season Tickets renewed at the end of the season and also the number of supporters at the top of the waiting list who take up the offer of purchasing a Season Ticket.

The OSB asked for clarity around the seat relocation process. Nicola explained that relocation requests will be reviewed based on time of renewal, subject to availability, and will commence from Monday 3rd June. Supporters must have renewed their Season Ticket to apply for relocation. Windows will be set by the club, giving the supporter a period during which they can call the Ticket Office to relocate. These shall be communicated on the website and by email.

Jake commented that there had been over 4,000 successful seat relocation requests last season. Priority is given to families with juniors and supporters with accessibility requirements. Subject to availability, the Club has also been reviewing requests to relocate to alternate price bands.

A full FAQ guide on Season Ticket renewals and relocations can be found here.

The OSB raised the topic of the away match ticket ballot process for discussion, expressing the view that some of the Club’s most loyal supporters were missing out on tickets now that 10% of our allocation is being reserved for the ballot. Nicola explained that the Club was searching for the fairest process across the board for all of our away match goers, but conceded that it was an extremely challenging task with the limited ticket allocation that all visiting clubs receive.

The Club is grateful for its hugely dedicated and loyal away following and, to this end, requests the maximum ticket allocation available to us for every away game, having taken the full ticket allocation for all away matches since 2017. It is the case that demand for away match tickets far exceeds supply and, following feedback from supporters via the OSB and through Supporter Services, it was clear that a fairer process needed to be implemented to prevent a ‘closed shop’ scenario. The process was trialled during the 2017/18 season and feedback was mostly positive. It’s important to note that the Club’s sole aim with the Away match ballot is to provide opportunity for more supporters to get to away matches, especially our young Hammers who are the future of West Ham United. Since the introduction of the ballot, almost 6,000 tickets have been made available to fans who previously would not have been eligible to apply.