West Ham United opened the doors at London Stadium to offer homeless people vital services and respite from life on the street.

Players from both West Ham’s men’s and women’s first team helped to provide food, job support, clothing and other advice to those in the local community who need support the most.

Helping tackle poverty is a key strand of the Players’ Project, which launched in November and will see West Ham United commit a further £10m over the next three years; this will further expand the Club’s reach whilst at the same time creating deeper provision with our more deprived communities.

The Club worked with local charities Skylight/Crisis, Anchor House, WDP, and CGL Newham Rise to run the support day, which follows on from the continual Players’ Project work, including that at Christmas.

If we can have some influence on people, it’s certainly worth doing

Midfielder Wilshere was only too happy to show his support for Thursday’s Players’ Project initiative.

“If people can come here and have a couple of hours of respite, then it might inspire them or help them,” Wilshere told whufc.com. “People can go through things in their lives and we want to help in any way we can.

“It’s fantastic to be here, and if we can help put some positivity in their lives, and they’re able to come here, get some food, have a haircut, and make use of the other services available, we’re more than happy to do that.

“If we can have some influence on people, it’s certainly worth doing.” 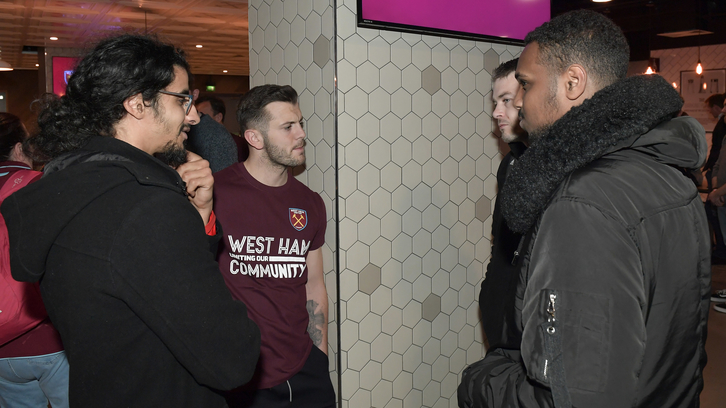 Women’s captain Flaherty is a long-standing advocate of the battle against homelessness, and believes she and her fellow professional players must continue to help in any way they can.

“As players, we have a duty to get into our local area and help people who are less fortunate than ourselves,” she said.

“As a part of the Players’ Project, we had put on different stations for different charities that have come down; including clothing, beauticians, and advice for those who need it.

“Working to combat homelessness is something that means a lot to me. There’s so many sad situations and anything we can do to help people get back on their feet, I’m more than happy to support.”