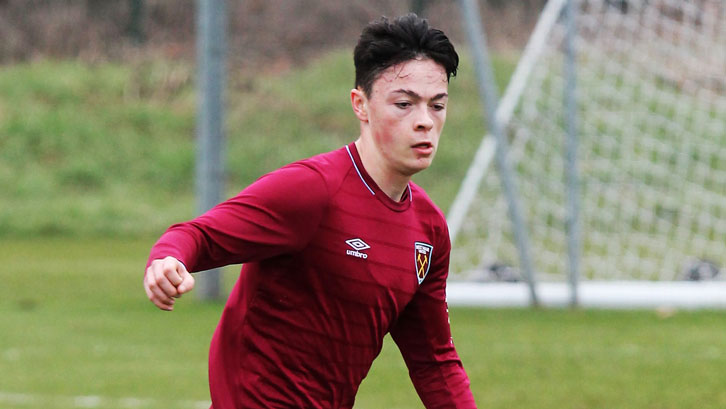 No player enjoys being injured, and time on the sidelines can be mentally tough and extremely frustrating.

But maintaining a positive mindset, putting the time to good use and working hard in areas which may have previously taken a back seat are crucial ways of dealing with an injury lay-off, and West Ham United midfielder Louie Watson knows all about that.

The 17-year-old, who made his Republic of Ireland U18 debut in a 4-0 friendly international defeat by Turkey in Istanbul on Thursday, missed a large chunk of this campaign, having pulled his hamstring just after pre-season.

Difficult to accept it was, for Watson, after impressing during the U23s’ training camp in Slovakia, and it would have been easy to sink into a hole of disappointment after being ruled out.

But the youngster has worked hard during his time away from the pitch and now, as he finds himself back amongst things at Chadwell Heath, on the grass and involved again for the U18s and U23s, he can reflect on what he turned into a good period of time for his own life education.

At West Ham, I’d say my style is most similar to Manuel Lanzini. But in the modern game, there is definitely a demand for midfielders to be able to do both; score and make goals, and break up play

“I learned a lot about myself during that time I was injured,” he said, looking back to earlier this season. “I think it really opened my eyes to how lucky I am to be doing what I love doing every single day, and that time off helped me push myself to another level.

“It gave me a real will to be successful that perhaps wasn’t there quite as strongly before.

“I’ve used the time wisely, I like to think. I have worked on parts of my game that needed improving and it’s helped me become an all-round better player. I have always been one of the smaller boys in the group, so I’ve been able to have some time working on my strength and that will put me in a better position in the future.” 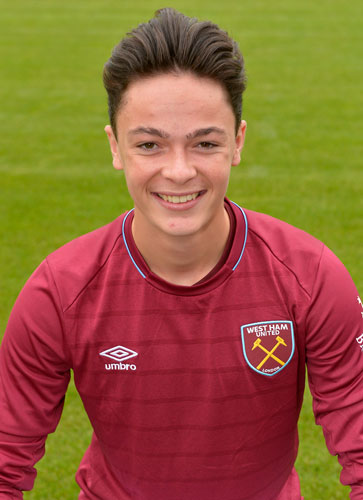 The five months Watson spent in the treatment room this season were not his only time away from on-field action for the Hammers.
Last season, the midfielder spent a period away from the Club completely, also time he used to reflect and think about his future.

“That was important for me too,” Watson continues. “I took a couple of months away from West Ham just to access different options and look around the world to see what styles suited me the most.

With a greater understanding of the football world, Watson sees his own style as similar to some of the game’s best talents, who provide inspiration for the attacking midfielder.

“I like to score and create goals; that’s what I’m about,” he explains. “One of the players I look up to is Kevin De Bruyne. He’s the type of footballer I base my game around and he’s the best at what he can do.

“At West Ham, I’d say my style is most similar to Manuel Lanzini. But in the modern game, there is definitely a demand for midfielders to be able to do both; score and make goals, and break up play. If you can do both, you’ve of course got an advantage.

“Now, I just want to push on. I want to add a couple of U23 appearances to my belt, to gain some more international caps [for Republic of Ireland U18s] and to earn myself a professional contract.”

And there’s no doubt Watson will be putting all the knowledge and motivation built during his time out injured towards his ambitions for the future.