Chicharito named in FIFA 19 Team of the Week 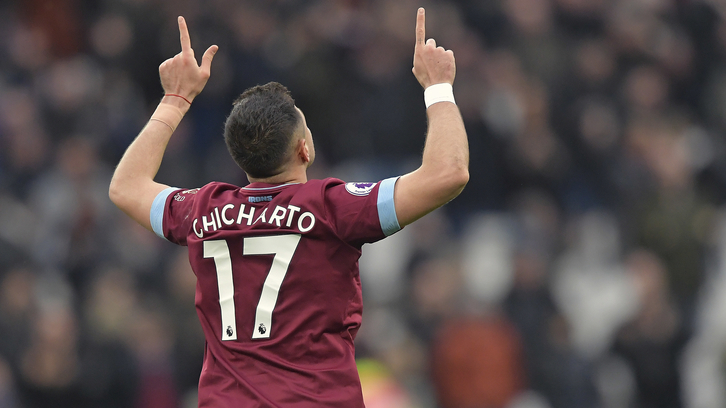 Chicharito's goalscoring heroics in West Ham United's exhilarating 4-3 win over Huddersfield Town last weekend has earned the Mexican a place in the latest FIFA 19 Team of the Week. 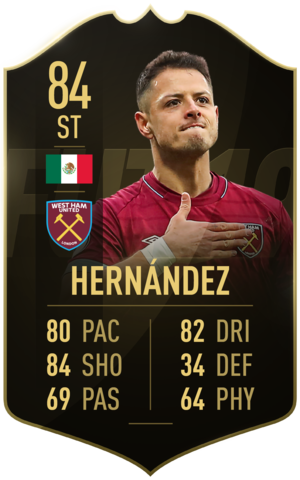 Chicharito came off the bench in last Saturday's Premier League contest and scored twice late on, turning a potential home defeat into an incredible late victory for Manuel Pellegrini's side.

Having taken his tally to 52 Premier League goals with his brace, the Mexican's efforts have seen him named in the latest FIFA 19 Team of the Week.

Chicharito has been awarded a special FIFA 19 rating of 84 for his performance - a huge increase from his base number of 79.

It is the second time this season that Chicharito has been afforded the honour of a Team of the Week inclusion by EA Sports, having been given an 82-rated card after scoring twice in the 3-0 win away to Newcastle United in December.

The 30-year-old is the third Hammer to be awarded more than one Team of the Week card this campaign, joining Marko Arnautovic and Felipe Anderson in being honoured at least twice by FIFA 19.