Flaherty: We have to make FA Cup semi-final chance count 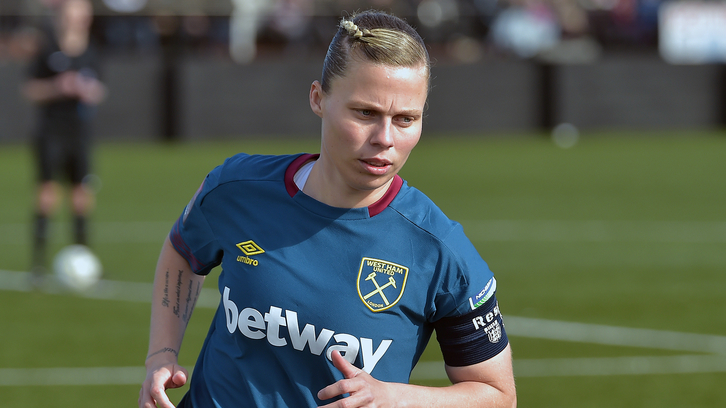 Captain Gilly Flaherty has called on West Ham United to make the most of their FA Cup semi-final away to Reading FC next month.

The Irons sit just 90 minutes away from a spot in the FA Cup Final, and a Wembley Stadium matchday, after Jane Ross’ strike secured a 1-0 win over Aston Villa in the quarter-finals.

Fellow FA WSL side Reading stand in West Ham’s way in the semi-finals, and Flaherty knows the Irons will need to be at their very best to get through.

Having led the side to a 2-1 win away to Reading in February, the skipper says West Ham cannot take this opportunity for granted.

At the end of the day, we’re only 90 minutes away from Wembley now. We want to make this opportunity count.

“Every team we could have played in the semi-final was going to be a tough test,” Flaherty told whufc.com. “But we have confidence in our own ability.

“Reading are a good team, and we will need to be 100 per cent on it throughout the whole game. We put in arguably our best performance of the season when we won their last month, and it will take the same or even better to win again.”

“At the end of the day, we’re only 90 minutes away from Wembley now. We want to make this opportunity count, because who knows when the next one will come around.”

West Ham’s 1-0 win away to Aston Villa was claimed thanks to a move of pure quality by the Hammers, and Flaherty has hailed Ross’ striking instinct after the Scottish international got the only goal of the game. 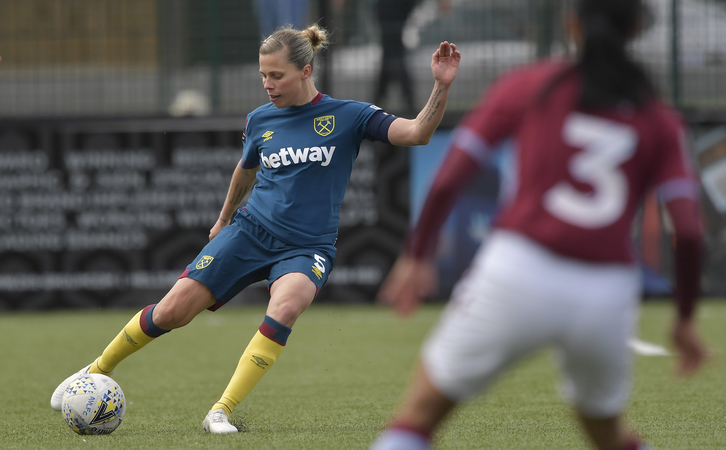 The No9 pounced to tuck home Leanne Kiernan’s saved effort, and Flaherty cannot think of a striker she would rather see attacking a loose ball in the penalty area.

“I was speaking about her qualities the other day,” Flaherty said on Ross. “She brings so much to this team. I played against her for many years. She was always a handful and, as the cliché goes, a ‘fox in the box’!

“She was so hard to mark. She deserved that goal for her efforts and you always feel confident when she is through on goal.

“We’re really pleased. Perhaps the performance wasn’t completely up to the standard we wanted, but we have to look at the bigger picture: we’re through to the FA Cup semi-finals. If you’d offered us that at the start of the year, we would have snatched your hand off. We’re really happy to get there.”