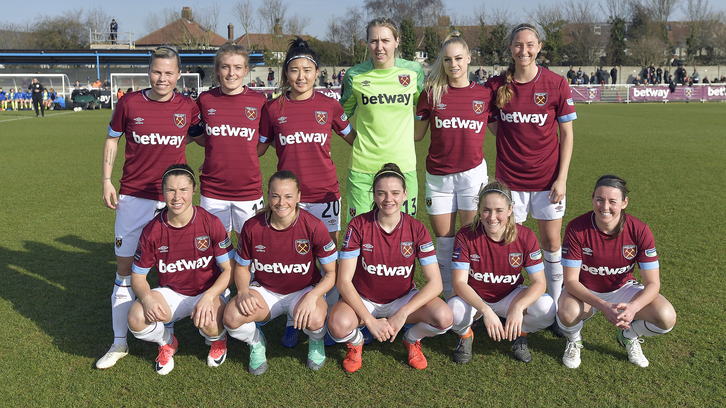 West Ham United have been drawn to play Reading FC Women away in the semi-finals of the SSE Women's FA Cup.

The Irons will travel to play the Royals in the last four of the prestigious competition at on Sunday 14 April, with the winners taking on either Manchester City or Chelsea at Wembley Stadium at the start of May.

The time of this semi-final fixture, as well as ticketing information, will be confirmed in due course.

West Ham secured their place in the semi-final on Sunday with a 1-0 win over Championship side Aston Villa, with Jane Ross scoring the only goal of the game.

Prior to that, Matt Beard's team have beaten Blackburn Rovers Ladies and Huddersfield Town Ladies in the 2018/19 FA Cup competition.

Reading reached the last four after defeating Manchester United 3-2 on Sunday in a thrilling fixture, with all five goals coming in extra-time.