Longhurst: We didn’t deserve to lose against Everton 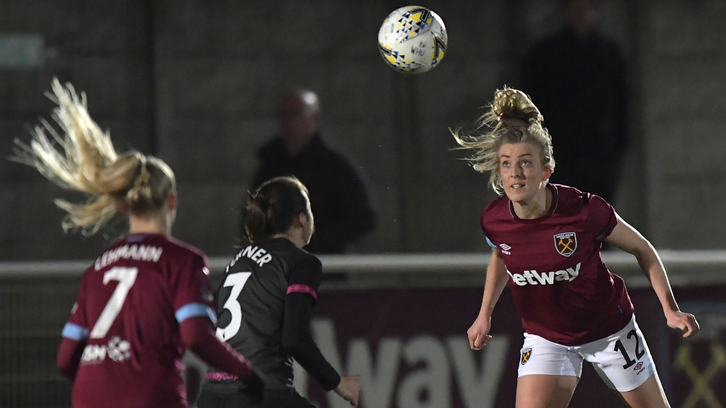 West Ham United's performance against Everton Ladies did not merit a 1-0 home defeat, according to Kate Longhurst.

An 88 minute strike by the away side was the only goal in a difficult game for the Irons, ending a three-match winning streak.

The Irons started the game the better of the two sides with Kate Longhurst having a couple of half chances, but the Everton defence cleared those chances. Captain Gilly Flaherty had an effort saved on the line by Kirstie Levell.

They’ve had one break and scored, so on reflection of the game I don’t think we deserved to lose, but they’ve stuck to their game plan and come out winners.

The second half saw Taylor Hinds have an effort cannon off the bar, then in the final moments Hannah Cain came off the bench to score the winning goal for the Toffees.

“I think we gave everything we had to try and win the game," Longhurst told WHUFC.com. "But our decision making in the final third is probably what’s cost us today.

“I think we got ourselves in to some really good areas and maybe we didn’t pick the right pass at the end or didn’t quite get our shot off where we should’ve, but we’ve got young players and I think one of our problems this season has been the inconsistency.

“They’ve had one break and scored, so on reflection of the game I don’t think we deserved to lose, but they’ve stuck to their game plan and come out winners." 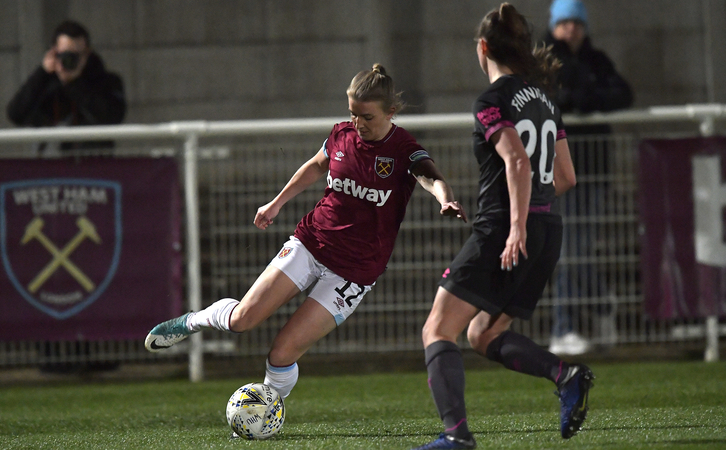 Now the Irons have a quick turnaround, as they travel to Aston Villa for the FA Cup quarter-finals, a game Longhurst believes is one of the team's biggest.

Longhurst said: “We need to analyse the game and figure out where we’ve gone wrong, looking at maybe better options when we do get ourselves in to better attacking areas and calming down a little bit.

“For us Aston Villa is the biggest game of the season at the moment, because we can get ourselves in to the semi-final of the FA Cup and I think anyone here would’ve bit your hand off to have that this season.

“A lot of us have come here because we want to win thing. If we can win the game against Aston Villa then hopefully the momentum takes us in to the next league game and hopefully the semi-finals.”