Coventry included in Republic of Ireland U21 squad for first time 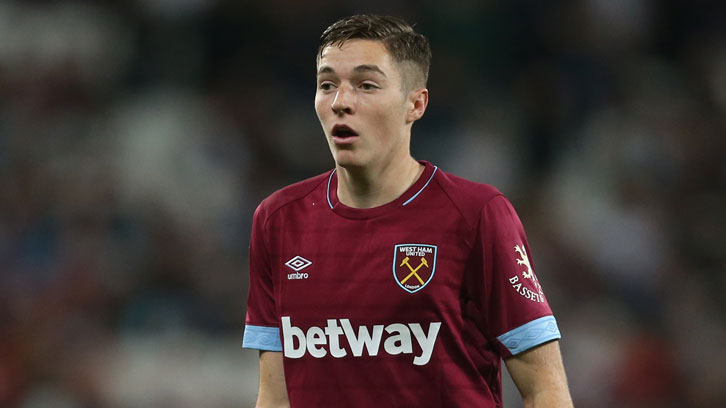 Conor Coventry has been included in the Republic of Ireland U21 squad for the first time.

The 18-year-old West Ham United midfielder makes the step up from U19 level amid the most successful season of his career so far.

The teenager won the Dylan Tombides Award last May before making his first-team debut for the Hammers in the 8-0 Carabao Cup win over Macclesfield Town at London Stadium in September and has since captained the Club’s U23 side in Premier League 2 Division 1.

Coventry, who had previously been capped by Ireland at U17 and U18 levels, is in Stephen Kenny’s 23-man selection for the 2021 UEFA European U21 Championship qualifier with Luxembourg, which will take place at Tallaght Stadium in Dublin on Sunday 24 March at 5pm.

Ireland are in Group 1 alongside Italy, Sweden, Iceland, Armenia and Luxembourg, with the winners qualifying automatically for the final tournament and the runners-up either joining them in Hungary or going into a two-legged play-off.

The Boys in Green have never previously qualified for the European U21 Championship finals, which will expand from 12 to 16 nations for the first time in 2021.

Buzzing with the call up 🙌🇮🇪 https://t.co/LmYbJGjHCU