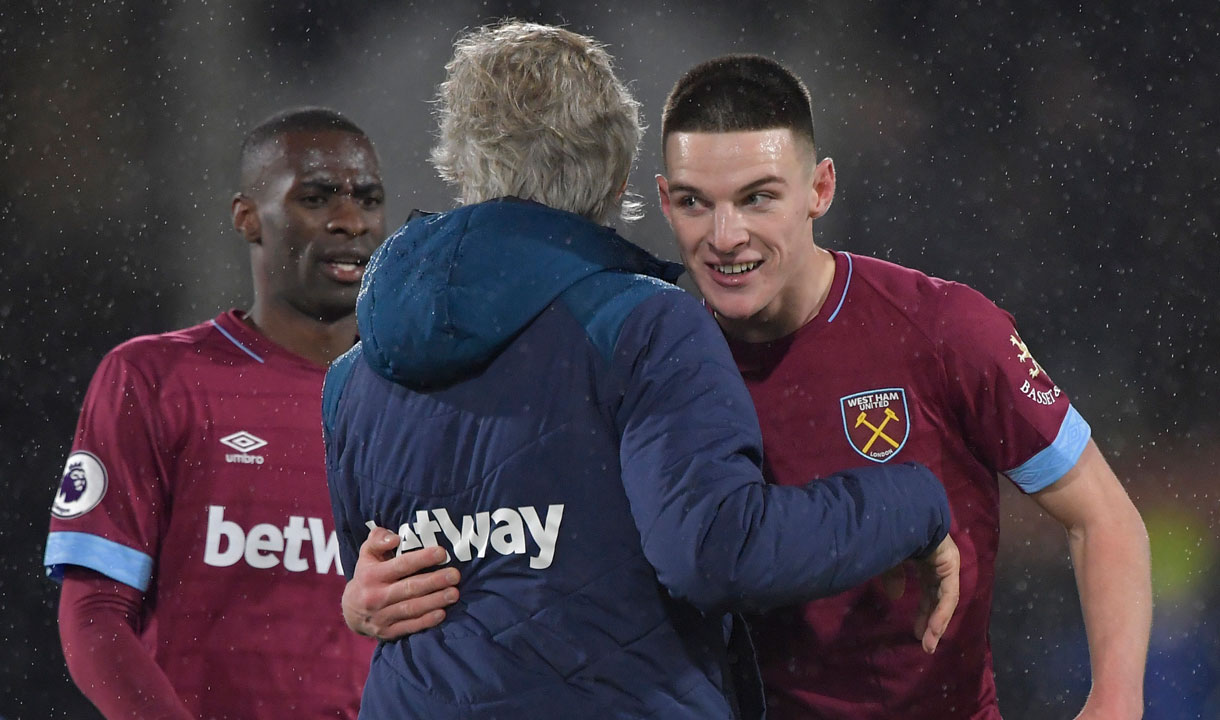 That is the view of West Ham United manager Manuel Pellegrini, who has already helped the 20-year-old become arguably the standout performer in that position in the Premier League this season.

Rice has excelled and is being tipped to receive his first England call-up later this month, but Pellegrini says he still has some way to go before he can consider himself on a par with the likes of Barcelona and Spain great Sergio Busquets, Manchester City and Brazil star Fernandinho and former West Ham and England player Frank Lampard, who began his own career in a more defensive role.

“You can see how he has improved from the beginning of the season, so there is no reason why he will not continue improving,” the manager observed. “As a young player, the more games you play and the more you work every day with good players, of course you will improve.

“There are a lot of players who he must see if he wants to improve in that position, both those players who played some years ago and those who play in this moment. We are always trying to tell him which players he can see.

“I think that Busquets, the number five for Barcelona, is a player to see how easy for it is for him to build up his team with one or two touches. He’s one of the best holding midfielders in the world, he never gives a bad pass and never gives a ball with a problem.

“Fernandinho is another player from whom he can learn at lot and if you see, some years ago, I think he must see how Frank Lampard played in that position.

“There are so many players that, if a professional player wants to learn, he can find the information to improve.

“Declan is a player who always listens to what you say and wants to learn more. If he continues to improve the way he is improving, he can probably reach the same level.” 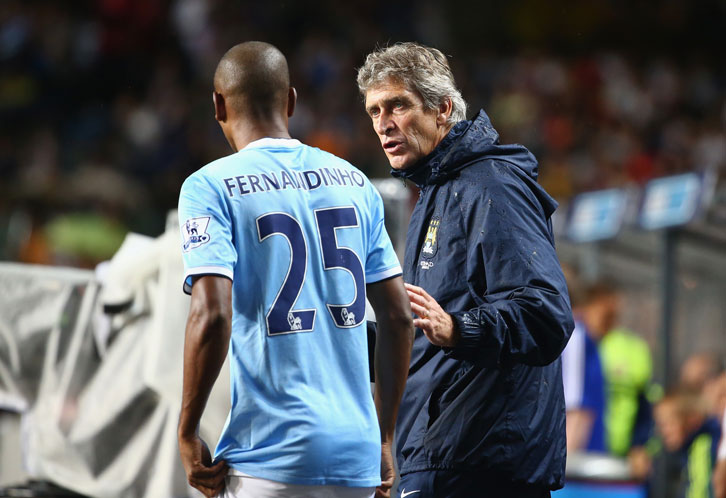 One area in which Rice has upped his game in recent weeks has been goalscoring, with the No41 netting in the home wins over Arsenal and Newcastle United.

Pellegrini welcomed those strikes but says the youngster has more pressing areas to work on than his potency in front of the opposition goal.

“For every player, of course the more goals you score the better, but I think Declan has another duty that is more important than scoring goals,” the manager continued.

“Maybe in set pieces or from shots from the edge of the box he can score, but I think he must continue improving his view of the pitch and giving us good build-up and making solutions with the ball at his feet.

“There are a lot of things in that position that he must improve that he must work on more than score goals.”