Lehmann shortlisted for February PFA Player of the Month 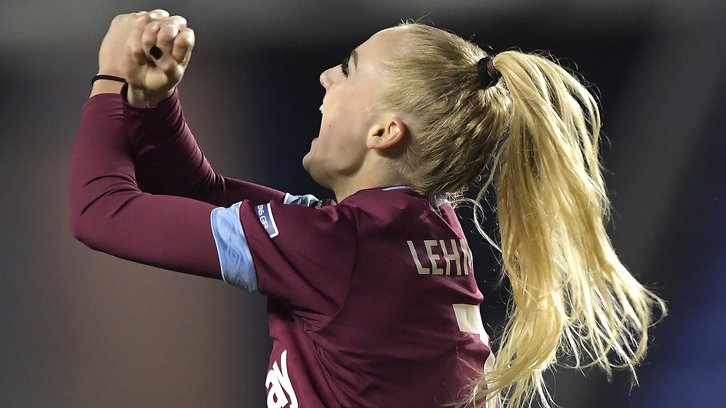 Alisha Lehmann has been nominated for the PFA  Bristol Street Motos FAWSL Player of the Month for February.

The No7 - currently away on international duty with Switzerland - was excellent in West Ham's three matches in February, helping the Irons to victories in their trio of matches.

After aiding Matt Beard's side to a 3-1 win over Blackburn Rovers in the fourth round of the FA Cup at the beginning of February, Lehmann took a starring role in the 8-1 demolition of Huddersfield Town two weeks later. The 20-year-old would net the Hammers' third and also register three assists in the huge victory. 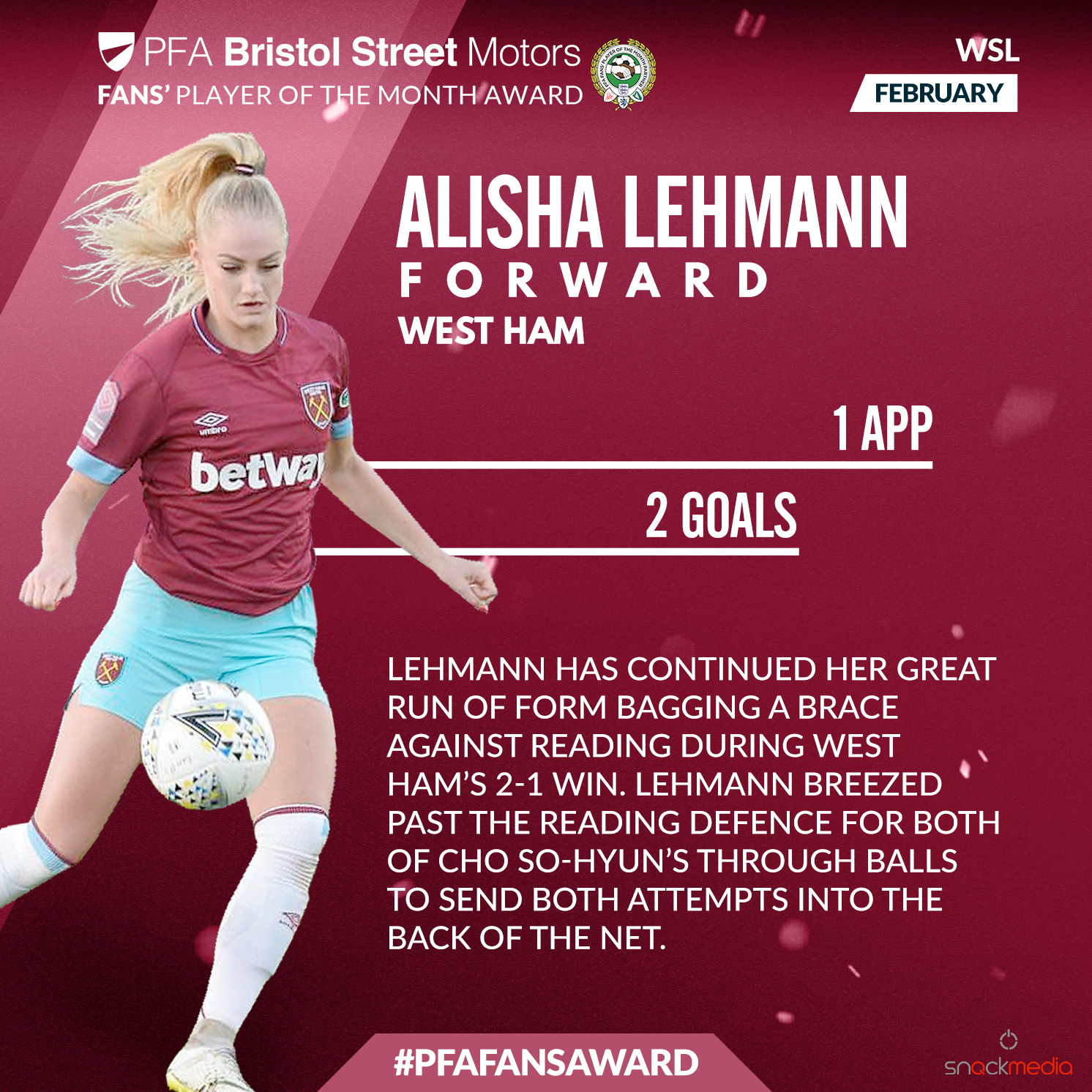 Lehmann's importance to West Ham also stretched to the side's only league game in February, with the attacker netting both of her side's finishes in the 2-1 win away to Reading Women.

The Swiss international is in illustrious company in being nominated for the February award. Lehmann is up against Chelsea duo Ji So-yun and Bethany England, as well Sophie Harris of Brighton & Hove Albion, and Manchester City's Demi Stokes and Keira Walsh.

Voting is now open, until Monday 11 March, and you can vote for Lehmann below!