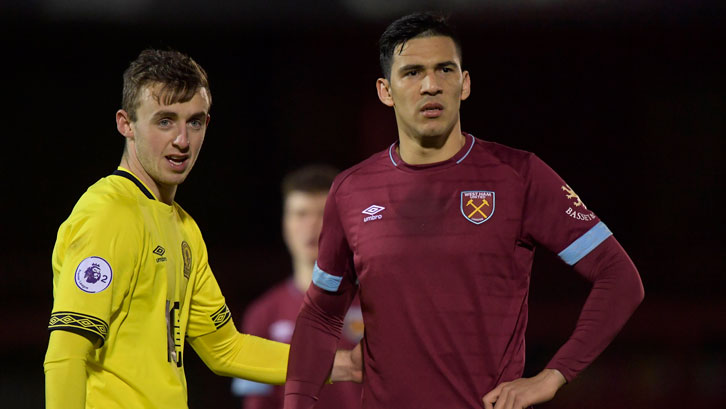 England left-back Cresswell has recovered from the kick to the head he took in last weekend’s home win over Newcastle United, while Paraguay centre-back Balbuena made a setback-free return from the knee injury he suffered during Watford’s visit to London Stadium on 22 December.

Balbuena played for 45 minutes in the Hammers’ Premier League 2 Division 1 fixtures with Blackburn Rovers on Monday evening and manager Manuel Pellegrini will now need to decide if the No4 should replace either Angelo Ogbonna or Issa Diop in his starting XI.

“The injury update is Cresswell worked with the team the last two days so he will not have any problems,” Pellegrini told reporters in his pre-match press conference. “Fabian Balbuena played 45 minutes for the U23 team on Monday, also without any problems so both of them are fit. I think they are available for selection at Cardiff.”

A third player hoping to feature at Cardiff City Stadium following his own successful comeback from a long-term knee problem is Manuel Lanzini.

The Argentina attacking midfielder has looked fit and sharp in his three appearances so far, including his maiden start against Newcastle, when he completed the full 90 minutes, and looks set to start again in South Wales on Saturday.

“Manu played the complete game [against Newcastle],” Pellegrini observed. “It wasn't my first idea as he had started with 15 minutes, then he played 45 and I wanted him to play just 65 or 70 minutes maximum but he told me that he was OK, so he completed the whole game and he worked this week without any problems in his knee. He is ready and has recovered.”

While Cresswell, Balbuena and Lanzini are all likely to be on the team coach when it leaves on Friday afternoon, one player who will not be is Jack Wilshere, who is continuing his own rehabilitation on an ankle injury.

Aside from Wilshere, only long-term absentees Winston Reid (knee), Carlos Sanchez (knee) and Andriy Yarmolenko (Achilles) remain on the side-lines.