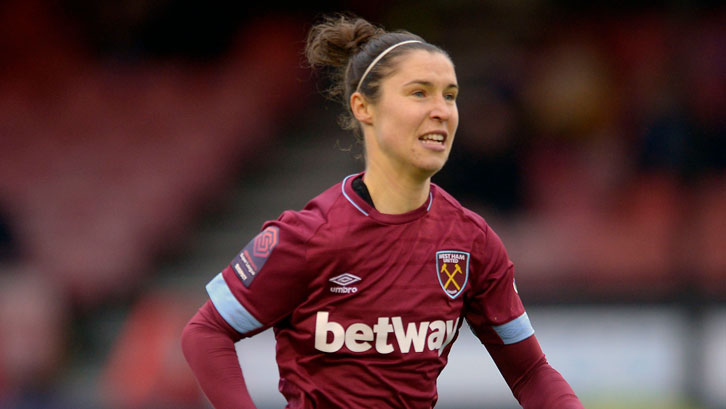 West Ham United striker Jane Ross was Scotland’s match-winner in their 1-0 victory over Denmark at the 2019 Algarve Cup in Portugal on Wednesday.

The Hammers forward scored her 58th goal for her country as Scotland made it two wins in three matches to finish in fifth place.

The prolific Ross, who has six FA Women’s Super League goals to her name this season, settled matters eleven minutes before half-time, finishing past goalkeeper Katrine Abel from the edge of the box to finish off a swift counter attack instigated by Jo Love’s pinpoint pass.

Scotland, who had lost 1-0 to Canada and beaten Iceland 4-1 in their two Group A matches to set up their fifth-place match with the Danes, will now prepare for the FIFA Women’s World Cup in France in June.

Ross is almost certain to be selected for the tournament, at which the Scots tackle England, Japan and Argentina in Group D.