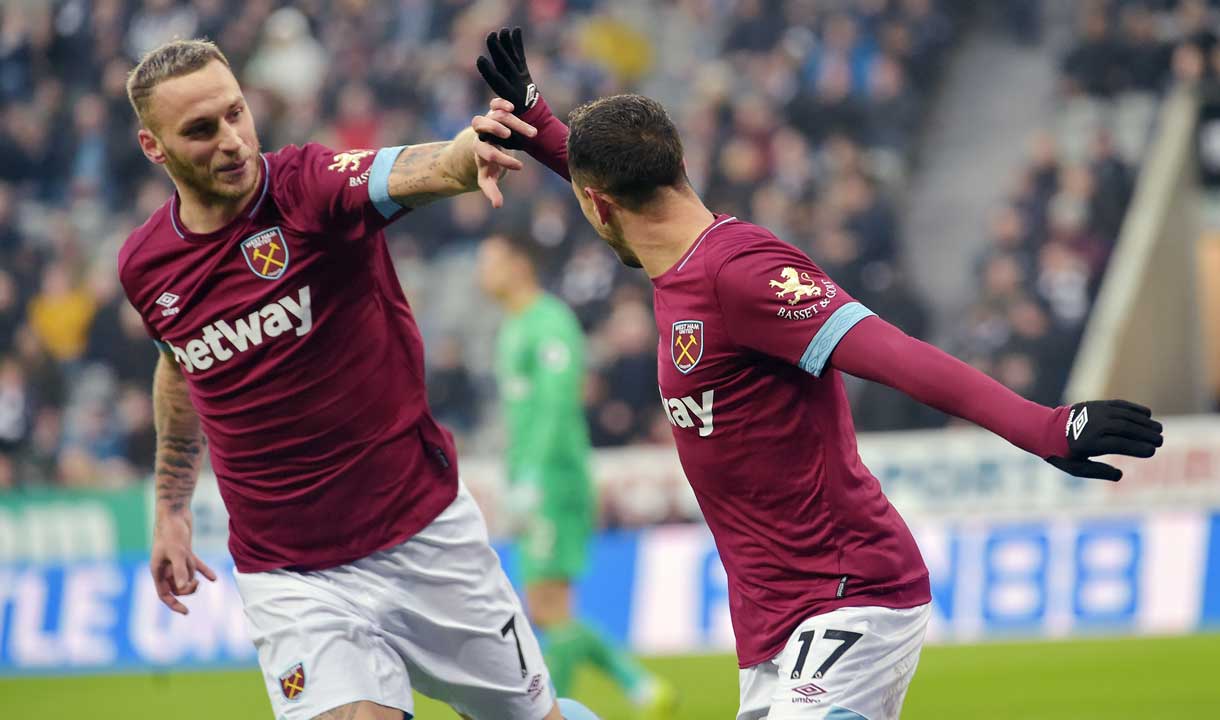 West Ham United manager Manuel Pellegrini is delighted to have a full house of attacking options to choose from when Newcastle United visit London Stadium on Saturday.

The boss was without Marko Arnautovic for Wednesday’s 1-0 loss at Manchester City due to illness, but could have him back for selection at the weekend alongside Manuel Lanzini and Samir Nasri, who have recently returned from injury.

The Hammers manager chose to rotate his team in midweek with another game coming around so soon afterwards, so he is likely to reintroduce those players into his thinking against the Magpies as he looks to keep his squad as rested as possible.

He explained: “The preparation for this game is very short, of course, because we finished on Wednesday night and have had less than 72 hours to prepare for this game, so I think the most important thing in this case is to recover.

“We made some changes against City to have the players older than 30 fresh for Saturday and I always say as a manager that the problem is not to have too many players. The problem is when you don’t have players and you don’t have chances to change things with players coming from the bench.

“I think in this moment we have our four strikers without any injuries – Andy Carroll, Marko Arnuatovic, Javier Hernandez and Lucas Perez – and we are recovering midfielders also, with Manuel Lanzini and Samir Nasri.

“We also have Antonio and Felipe Anderson as wingers, so I think that we are prepared for the last part of the season with the squad with more options.”

The boss also refuted suggestions that Jack Wilshere would be ruled out for the rest of the season with an ankle problem, saying he will wait for an update on his progress.

He added: “No, I am not the doctor, so we must wait to see how Jack feels when he recovers.

“Of course, after resting for a couple of months it will not be easy for him to recover his best shape as a player, but the important thing for me is that he must feel that he’s OK, that he doesn’t feel any pain in his ankle and after that we will see what happens with him."

Newcastle - 2 March, 5.30pm: Click here to buy seats which have been relisted by Season Ticket Holders