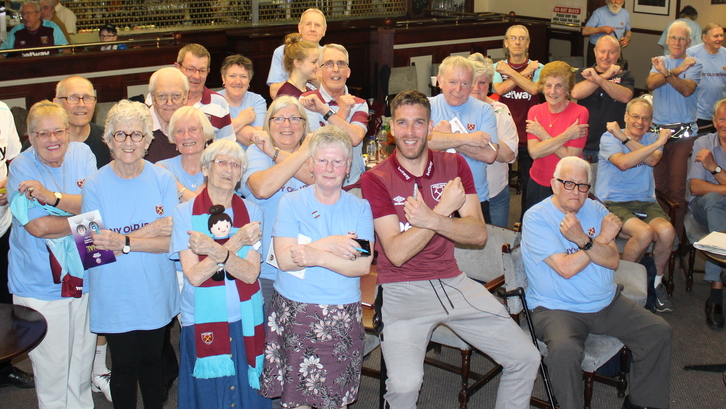 Goalkeeper Adrian has created many special memories during his time with West Ham United, but perhaps no bond has been as special as the one he formed with Any Old Irons.

Adrian, during his time as a Hammer, attended many Any Old Irons events as an ambassador for the Loneliness strand as part of the Players’ Project. These visits have created unforgettable friendships, happy memories and bonds that will never be broken.

With the 32-year-old saying goodbye to West Ham this summer, the group has penned an open letter to Adrian, thanking him for all his support and companionship.

Everyone associated with Any Old Irons would like to say one final thank you to Adrian and wish him well in his future career.

An Open Letter of Farewell to Adrián

You were our Any Old Irons ambassador and spent many memorable moments with us through The West Ham United Foundation.

One of these was April 19 2018, where you came for the second time to visit our group and spent over two hours chatting to us, answering our questions, signing merchandise, taking photos, laughing, joking… and even being hugged! 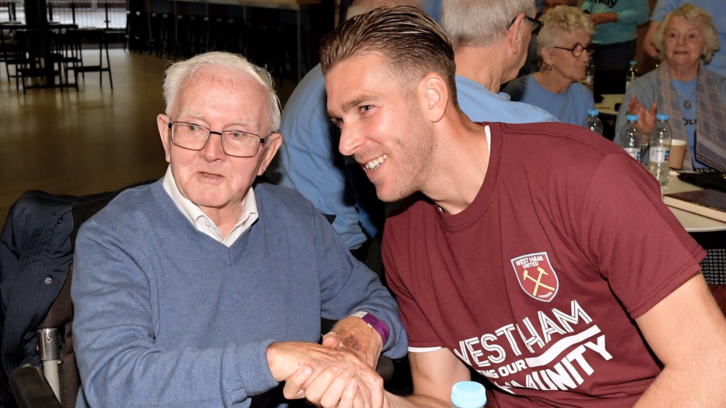 Adrian, you did not stay on the stage; you mingled with the group members and left us with an indelible goodwill factor that day. We appreciated your understanding of how loneliness impacts on the older generation and we were so impressed with your grasp of Cockney Rhyming Slang whilst you laughed at our lack of Spanish!

The positive impact of the day will be spoken about for many years to come. You left the group with many fond memories that we can all share. You have become part of our West Ham Family as well as an honorary Any Old Irons member. That afternoon you not only showed that you are a true professional, but you are also a special person.

Any Old Irons would like to thank you for your participation and just to let you know what an incredible young man you are. You will always be a true ambassador for West Ham United as well as the Any Old Irons and we are so proud of your connection with our group.

You have always given 100% both on and off the field of play. Six years as a West Ham player has seen you mature as a goalkeeper and a person.

You will be sorely missed by our group and your legacy to us has had such a positive impact. You should be very proud of what you have achieved.

Thank you and do come back and visit us if you ever get the chance.

Good luck Adrian - we will miss you.

Maureen Hankin, on behalf of the Any Old Irons group.