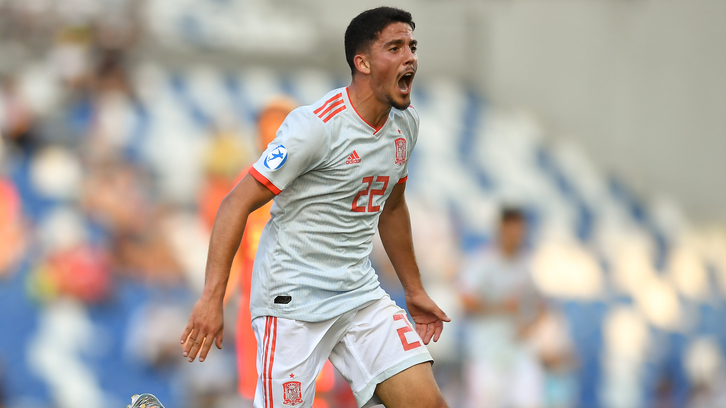 Pablo Fornals' second goal in as many matches put Spain U21s on their way to a 5-0 victory at the UEFA European Under-21s Championships, against Poland.

West Ham United's second-most expensive signing ever put his side in front on 17 minutes, opening the floodgates for Spain to establish a 3-0 lead before half-time; Mikel Oyarzabal and Fabián Ruiz Peña with the finishes.

Dani Ceballos made the game 4-0 in the second half before substitute Borja Mayoral secured the result late on, helping Spain to a second successive victory at the tournament.

Fornals' finish earned Spain a late 2-1 win over Belgium was something special - netting from the edge of the area - but the 23-year-old displayed his ruthlessness and eye for the right run when he opened the scoring in Saturday's match, latching onto a pass into the penalty box and scoring with his first touch from six yards out.

West Ham's new No18 played the full 90 minutes for his nation, with the result meaning Spain go through from Group A in the competition as group winners on goal difference after their dominant win.