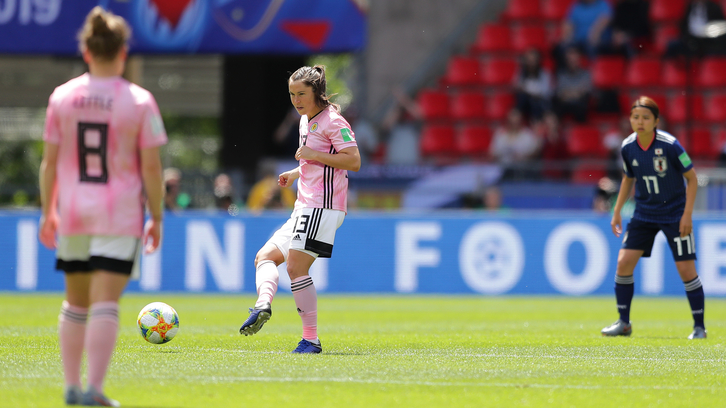 Jane Ross and Scotland's 2019 World Cup journey is in the balance after suffering a 2-0 defeat at the hands of Japan on Friday.

Having been beaten by England in their opening contest in Group D, Scotland headed into the match with Japan knowing a win would be necessary to keep alive their chances of qualifying for the knock-out stages by being in the top two.

West Ham United's Ross was included in the starting XI as one of four changes to the Scotland team, but it was Japan who took the lead through Mana Iwabuchi's rising shot after some slack play by the Scots.

Yuika Sugasawa made it 2-0 to Japan on 37 minutes, scoring from the penalty spot, leaving Scotland with a mountain to climb in the second period.

Ross showed her 100 per cent work ethic throughout the fixture, as she has done all season for West Ham but the Scotland No13 was substituted on 76 minutes in place of Lana Clelland. It was Clelland who would give Scotland hope, firing home from distance to half the score.

However, Japan would hold on for the 2-1 result, meaning Scotland absolutely must defeat Argentina in their final Group D match to have any chance of reaching the last 16 of the World Cup this summer.