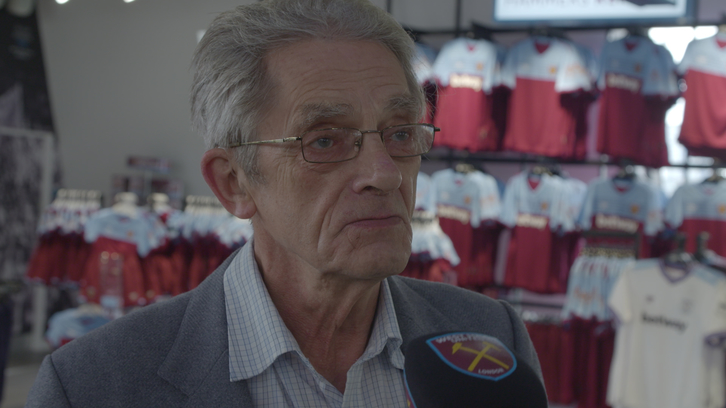 The 2019/20 West Ham United Home and Away Kits are now available online and in store, and supporters are already heading towards their local Hammers shop to grab the newest shirt!

One fan, 74-year-old Vic Jones, made the early morning trip from Peterborough to the Official Store at London Stadium in Stratford on Thursday just to pick up the latest Hammers away shirt.

“I’ve come in today to buy the new away shirt for my son as a present,” Vic told whufc.com. “I’ve come in from Peterborough just to buy the shirt. I got the train into Kings Cross, although it was delayed because they couldn’t find the driver!”

Inspired by the famous kit worn in the 1980 FA Cup Final – when West Ham beat Arsenal to claim the iconic trophy thanks to Sir Trevor Brooking’s headed finish – the new away shirt inspired some fantastic memories for Vic.

And Vic, who supports West Ham thanks to the influence of his wife, is looking forward to seeing the Irons don the strip once again.

“I’ve been a West Ham United fan since I got married in 1967,” he recalled. “This away kit is a really nice kit. I remember seeing the original of this kit being worn in the 1980 FA Cup Final.

“I went around my father-in-law's house to watch the game. His next-door neighbour had come in as well.

“I remember it well and watching it. One thing that sticks out is Paul Allen being fouled by Arsenal’s Willie Young and thinking he should have been sent off!”

The pair will be in store with the new 2019/20 Umbro home and away kits - inspired by that famous Wembley triumph - on sale.

So make sure you’re there between 12.30pm-2.30pm on Saturday 15 June to get kitted out for the new season and meet a pair of Hammers legends at the same time! 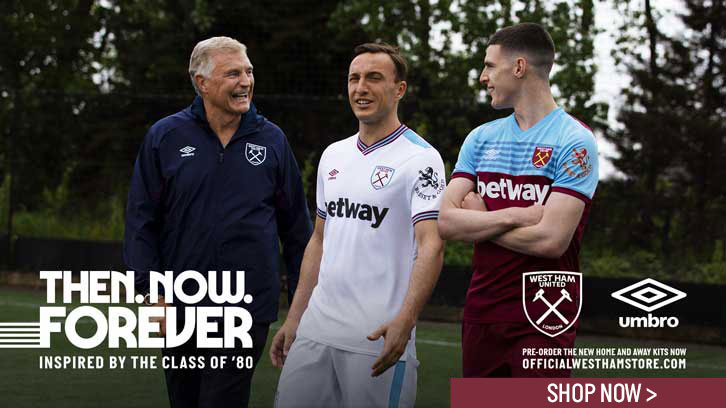 Football's coming back - show your colours at home!

Shop the retro collection at our online store

Shop our Spring Specials from £20

Up to 50% off our Umbro training range

Up to 50% off replica kit and training!

Everything you need for staying at home: 20% off