Coventry: I want to take my Toulon form into pre-season 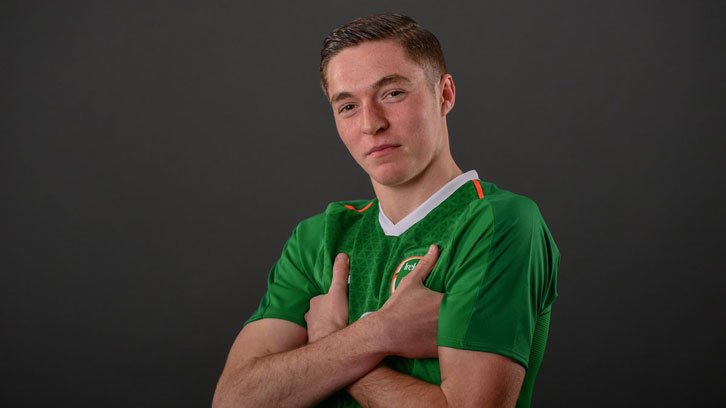 Conor Coventry is hoping his outstanding form at the 2019 Maurice Ravello Toulon Tournament in France have not gone unnoticed by manager Manuel Pellegrini.

The West Ham United youngster has been integral to Republic of Ireland U21s’ run to the semi-finals, where they face Brazil in the semi-finals in the French town of Aubagne on Wednesday.

Central midfielder Coventry started Ireland’s group-stage win over China and draw with Mexico, before being introduced as a half-time substitute to help the Boys in Green clinch their last-four place with a victory over Bahrain.

“Personally, I’ve really enjoyed the tournament,” the 19-year-old told whufc.com. “I think my performances have been really good. I’ve been really pleased with how I played, so hopefully I can bring this form into pre-season and really kick on from there and get in and around the first team more.”

“We’ve got Brazil in the semis. They won their group, beating Guatemala 4-0 and Qatar 5-0 and then beat France 4-0 as well, so they’re looking good at the moment.

“They’ve got a lot of momentum but we’re hoping we can cause a bit of an upset. They’re a really good side but we think we’re more than good enough to beat them and hopefully we can get to the final.”

Reflecting on the competition – better known as the Toulon Tournament – so far, the 2018 Dylan Tombides Award winner has thoroughly enjoyed the challenge of facing the more experienced Chinese and Mexican Olympic sides, as well as taking on a Bahrain side with a style of play he had not encountered previously.

“We started off against China, who had a slightly older team than us. They are a good side managed by Guus Hiddink who are going to the Olympics next year, so they’re here in preparation for that.

“We had a really good start and went 2-0 up in five minutes and went on to win the game 4-1. For me personally and for the team, it was a really good performance and a great start to the tournament as we really dominated the game.

“After that we played Mexico who were again an older team than us who are going to the Olympics too. They were a strong team who also got to the final here last year and something like eight of their starters against us played in that final.

“It was a really tight game without too many chances at either end and we drew 0-0 against a side who also made it through to the semi-finals as the best second-place side in the three groups. They’ve got Japan in the other semi.

“In our last game, we had to beat Bahrain to win the group and we beat them 1-0. It was a bit of a crazy game. They were a different type of team than any I’d played against before, but we got that win, which meant we won the group on goal difference.”

Should Ireland defeat Brazil, the final will see Coventry and co take on Japan or Mexico in Salon-de-Provence on Saturday 15 June.