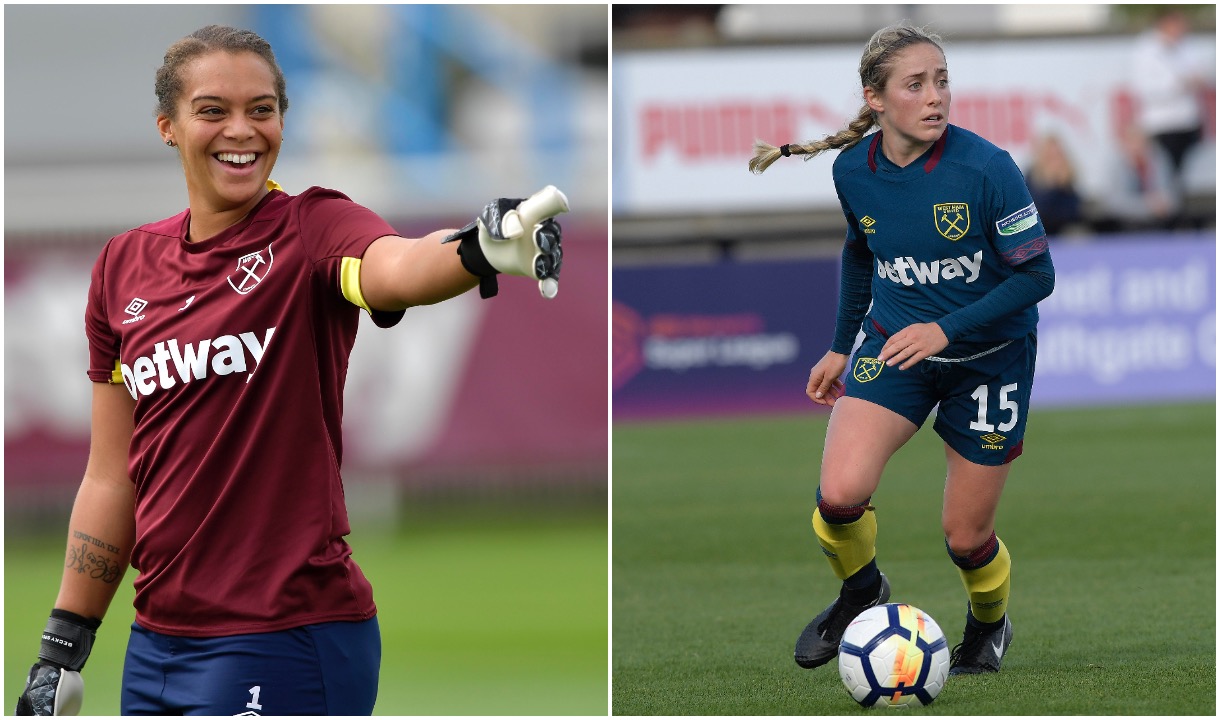 West Ham United can confirm that women’s players Brianna Visalli and Becky Spencer will leave the Club when their respective contracts expire on 30 June 2019.

The duo helped to provide an unforgettable first season in the FA Women’s Super League for Matt Beard’s side, helping the team to a seventh-place finish and an impressive FA Cup Final date at Wembley Stadium.

Midfielder Visalli joined West Ham from Chicago Red Stars last summer and featured in all 30 of the club’s competitive contests this season, including 16 starts in the FA WSL. The American scored five goals and provided six assists for her teammates.

Goalkeeper Spencer moved to the Hammers from Chelsea last summer, playing 16 times in all competitions including 12 showings in the FA WSL. The shot-stopper made a string of crucial saves throughout the campaign, including a stunning stop at home to former side Chelsea, which was nominated for the FA WSL save of the season.

Head coach Matt Beard said: “Brianna and Becky have each played a valuable role in our historic first season in the Women’s Super League and our push to the FA Cup Final.

“I would have loved to have kept them both at West Ham but they have opted to pursue a new challenge, and they go with our best wishes and sincerest gratitude.”

Everyone at West Ham United would like to thank Brianna and Becky for their efforts this season and wish each of them all the best in their respective future careers.