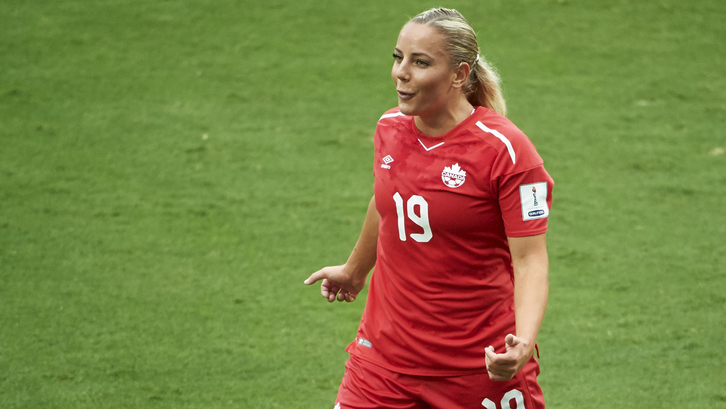 Leon and her national teammates kick-off their campaign against their Group E opponents this evening, having reached the quarter-finals of the 2015 tournament.

Heading into the tournament Canada ranked fifth in the world rankings, and Leon believes that status has been thoroughly earned by the side.

The forward is confident that Canada can make their experience count, starting tonight.

We’re ranked fifth in the world, we are a good team and we’re excited to step on the field on Monday.

“We feel pretty comfortable when people say this is the best Canadian team there has ever been,” Leon said. “We’re ranked fifth in the world, we are a good team and we’re excited to step on the field on Monday.

“We’re probably a bit anxious and excited, with a few nerves, but good nerves. We were in Spain training hard for a couple of weeks and, now that we’re here, it’s very exciting to see all the FIFA build-up.

“It’s been really exciting to see and we’re really looking forward to the first game.”

Leon headed to this summer’s tournament on the back of her first six months with West Ham United, having signed for Matt Beard’s Irons in January. 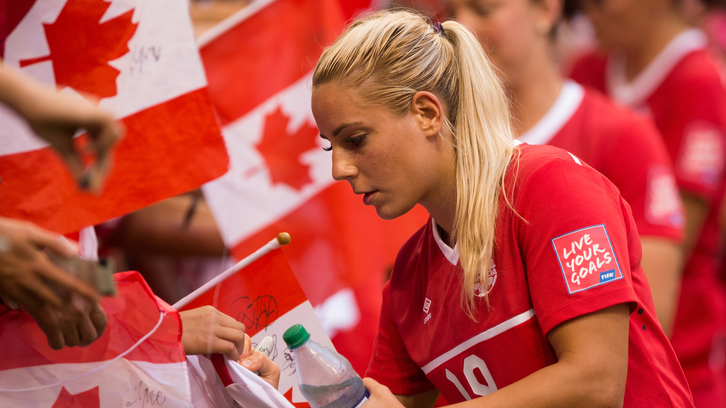 The forward is already relishing a return to the Claret and Blue and the FA Women’s Super League following the tournament in France.

She continued: “It was my first time in England. I actually ended up getting an injury on my quad. I was a little bit out of it, just doing the rehab stuff but it was really cool, we made it to the FA Cup final and I got to play in that game coming back from my injury.

“I’m excited about going back. I was really impressed with the English league, it was great. It was a good experience. England loves football, they eat, breathe and play football, that’s what they do over there. It was really cool to be a part of that.

“The league is slowly growing over there, so every year the league is getting better and stronger and so it was really nice to be a part of that.”