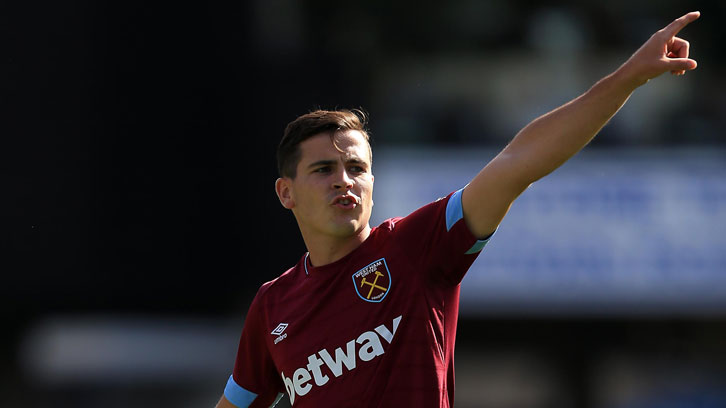 The 23-year-old has been in outstanding form all season on loan at Charlton Athletic, where his form helped Lee Bowyer’s Addicks win promotion to the EFL Championship via the Play-Offs.

And Cullen, who has captained Ireland at U21 level, has continued that form in training with the senior squad, earning praise from manager Mick McCarthy and captain Seamus Coleman.

Now, with McCarthy reportedly set to rest veteran Aston Villa midfielder Glenn Whelan at the Aviva Stadium, the Academy of Football graduate is could come into the starting eleven in Dublin, according to the Irish media.

However, with the Boys in Green scoring an impressive 1-1 Group D draw in Denmark on Friday evening, it remains to be seen whether McCarthy will make many changes to his team against a Gibraltar side without a point from their opening two matches.

Josh has been very impressive... He's a very good player and when he goes back to West Ham, hopefully he can play there

“Josh has been excellent, and had made a really valid case to get a game,” the Ireland manager told the press, “But you could argue that the midfield players have been as good as any part of the team. Glenn [Whelan] has been excellent, Conor [Hourihane] scored a winner and so did Jeff [Hendrick].

“Making a case for him is fine but you’re making the case against some very good players. Callum [O’Dowda] has done really well since he has come in too, he has been getting better and better; he just need an opportunity but unfortunately that opportunity hasn’t come.

“I know I’ve only been back for three games but I’ve had something like 967 as a manager. I’m fully aware how tough these games are. I know it’s a long time since I did international management before but I’ve never forgotten that every single game is a tough challenge.” 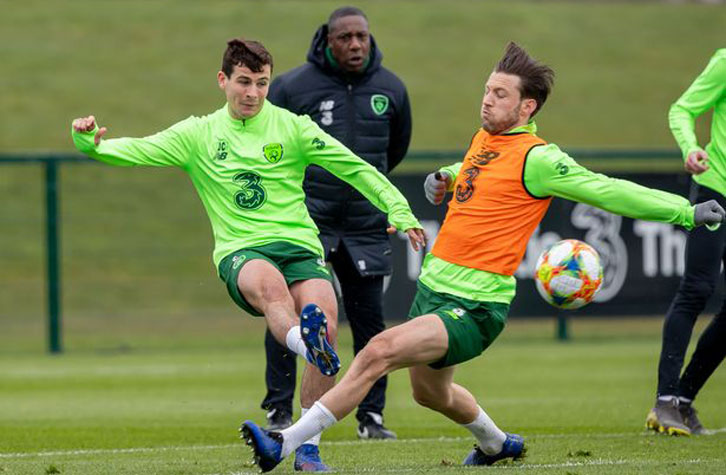 Captain Coleman may be an Everton player, but he is hoping Cullen can not only make his Ireland debut, but also bring his superb form back to West Ham and make his mark in Claret and Blue next season.

“He’s very brave,” Coleman told the media. “He wants to get on the ball. He keeps the ball ticking over, he's winning the ball back and he's passing it forward. He's been very impressive... He's a very good player and when he goes back to West Ham, hopefully he can play there.”

Should Cullen feature, he will become the 17th West Ham player to feature for Ireland at senior level.

The first was Athlone-born centre-half Charlie Turner, who made the first of his three Ireland appearances as a Hammer in a 2-2 friendly draw in Czechoslovakia on 18 May 1938.

If Cullen does make his debut, West Ham fans will be able to see it first hand, as Monday’s match will be broadcast live in the UK by Sky Sports Main Event from 7.30pm.