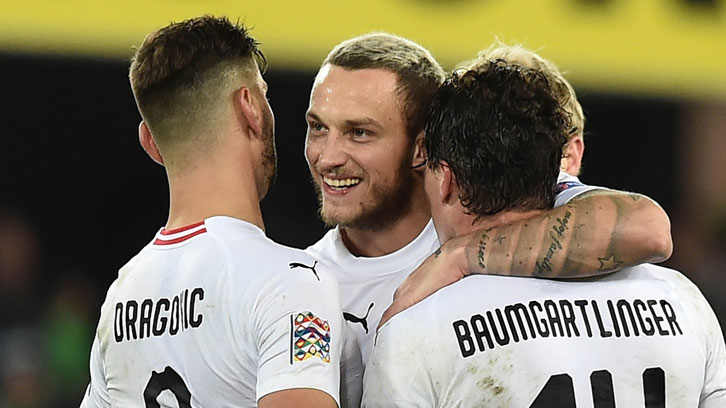 Marko Arnautovic scored twice as Austria came from a goal down to beat North Macedonia and continue to rebuild their UEFA Euro 2020 qualifying campaign.

The Austrians had lost their opening two Group E fixtures at home to Poland and away to Israel, before scoring a narrow 1-0 home win over Slovenia on Friday evening.

And, with David Alaba absent through injury, captain-for-the-night Arnautovic led from the front in Skopje, scoring his country’s second and third goals in a 4-1 victory.

After Martin Hinteregger’s own-goal had put the North Macedonians into a shock lead, Valentino Lazaro’s equaliser meant the two nations went in level at half-time.

Arnautovic then took centre stage, scoring from the penalty spot to put Austria in front before making it 3-1 with a close-range header from Marcel Sabitzer’s cross. 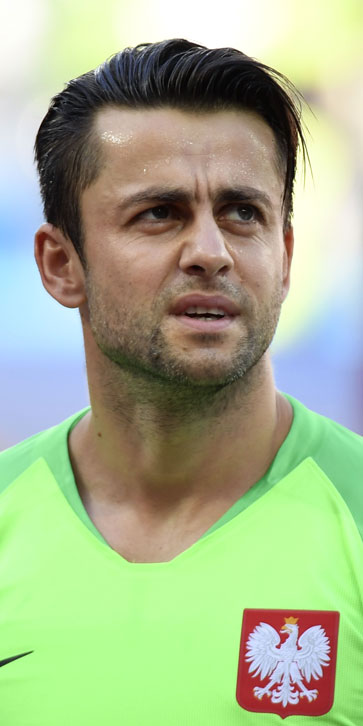 The West Ham United forward could have had a hat-trick, but Konrad Laimer’s cross instead hit a defender and rolled into the net to complete the scoring, leaving Arnautovic on 24 international goals.

The No7 received a round of applause from both sets of supporters on his way off the pitch when he was replaced with two minutes remaining.

Austria now sit third in Group E, a point behind Israel, who were beaten 4-0 by Lukasz Fabianski’s Poland in Warsaw.

Fabianski earned his landmark 50th cap in a comfortable win for his side, who scored three second-half goals to strengthen their position at the top of the table and extend their lead to five points.

Elsewhere, Josh Cullen was an unused substitute as Republic of Ireland edged to a 2-0 win over Gibraltar in Group D. That result in Dublin means Mick McCarthy’s side are five points clear at the top, having won three of their opening four matches.

Finally, Arthur Masuaku was in action on Sunday, starting for DR Congo in their goalless friendly draw with Burkina Faso – his country’s penultimate warm-up fixture for this summer’s Africa Cup of Nations finals in Egypt.

DR Congo meet Kenya on 15 June in their final friendly before tackling Uganda, the host nation Egypt and Zimbabwe in the group stage of the Cup of Nations.