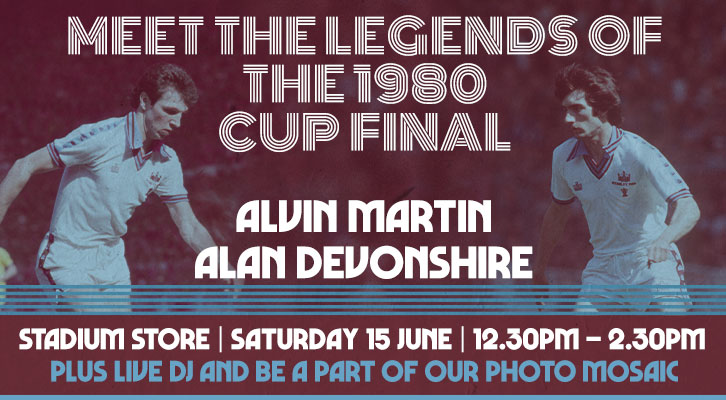 The pair will be in store with the new 2019/20 Umbro home and away kits - inspired by that famous Wembley triumph - on sale.

So make sure you’re there between 12.30pm-2.30pm on Saturday 15 June to get kitted out for the new season and meet a pair of Hammers legends at the same time!

Martin played 596 times in Claret and Blue, winning three Hammer of the Year titles, the FA Cup and three promotions to the top flight, while Devonshire was also a mainstay of that golden period and was named Hammer of the Year in 1979.

They will be signing items purchased in store and posing for photos with supporters, so don’t miss out! 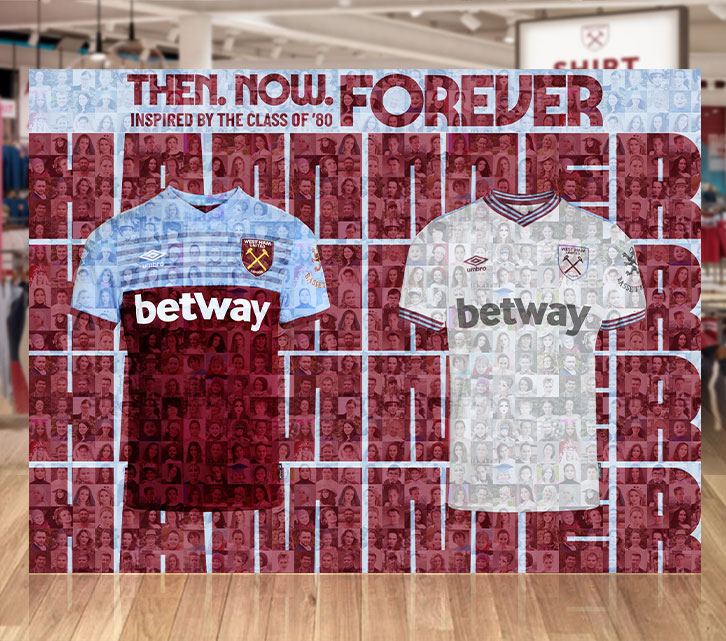 With the signing taking place the day before Father’s Day, don’t forget to take advantage of our special offer - supporters can get ‘DAD 1’ or ‘GRANDAD 1’ personalisation on any replica shirt for free!

We’ll also have a live DJ in store all day, plus there will be the opportunity to be part of our special West Ham United photo mosaic. As well as being part of the photo wall, supporters who take a photo will also get a souvenir copy of their selfies to take home for free.

The session will strictly be open to the first 350 supporters, and please note that the number of photo opportunities will be limited to ensure as many supporters visiting the store get the chance to meet the former players.

What to expect on matchday this Saturday
Last Match
Saturday 23 January 15:00
London Stadium