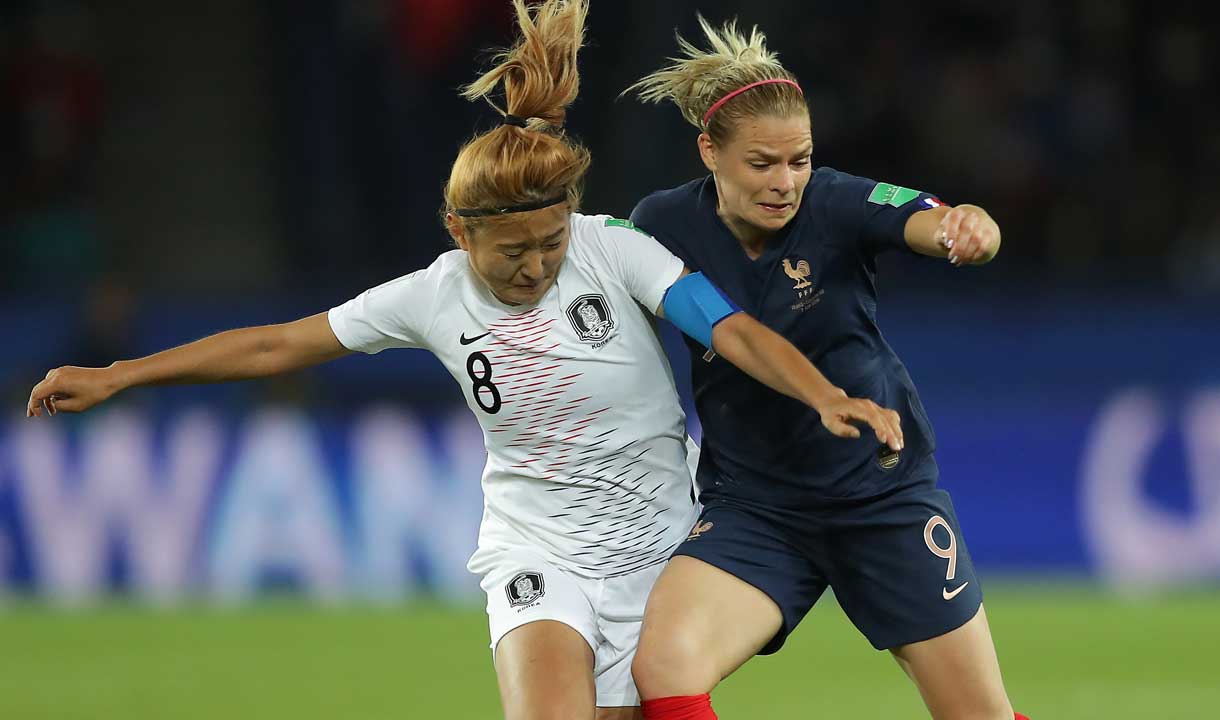 Korea captain Cho played the 90 minutes at the Parc des Princes, but was unable to prevent her team from starting with a reverse.

France, who are among the favourites to triumph in the tournament, came at Korea from the off and opened the scoring nine minutes in through Eugenie Le Sommer.

They were relentless in their play and added to their lead before the break with a double from defender Wendie Renard.

Korea return to action on Wednesday when they take on Nigeria in their second Group A fixture.