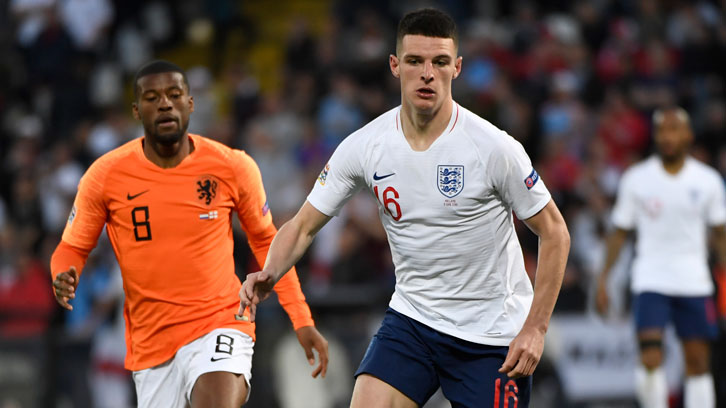 Declan Rice admitted to being ‘gutted’ by England’s 3-1 UEFA Nations League semi-final defeat by the Netherlands.

The West Ham United star suffered his first loss in a Three Lions shirt on a disappointing Thursday night in the Portuguese city of Guimaraes, where England were their own worst enemies with a series of defensive mistakes.

After taking the lead through Marcus Rashford’s penalty, Matthjis de Ligt with a header before Jesse Lingard’s ‘winner’ was ruled out by VAR. Into extra-time and England fell apart, with errors leading to a Kyle Walker own-goal, a Quincy Promes strike and a Dutch victory.

Rice himself impressed, completing all but two of his 66 pass attempts, making a team-high four interceptions, two tackles and two clearances in another assured display, but the result overshadowed any joy he took from that performance.

“It’s gutting, it really is, it really is gutting,” the 20-year-old told ITV Sport. “It’s tough. I’m lost for words. First half, we went out there and tried to play our stuff and we obviously had the lead, which I thought was deserved.

“Holland didn’t really create any chances at all in the first half and then, the second half, we just kind of sat back and we didn’t do what we did in the first half. We didn’t get up in their faces and make it difficult.

“They obviously got the equaliser from a corner, which is gutting because we work on them day in, day out, and obviously [we had] that VAR controversy again, which was really tight and might have changed the game a bit.

“Holland won and we cost ourselves the game with two mistakes and I’m gutted about it.” 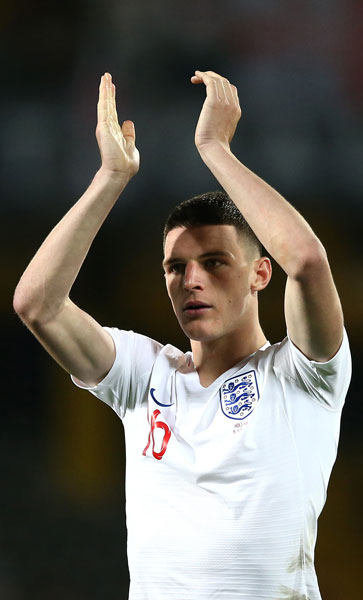 When asked to explain the mistake made by Stones in the lead up to the second Dutch goal, when the Manchester City defender was caught in possession by Memphis Depay, the young Hammer backed his England teammate to bounce back.

“Look, he is a great player, John Stones, and that’s his game, he takes risks. It doesn’t matter that he’s done that, we’re all behind him.

“We all know we make mistakes in football. The manager backs him, we all back him and it’s one of those things in football where, if you make a mistake, you’ve got to pick your head up and go again.

“I’ve made plenty in my time and it’s one of those where you’ve got to lift your head and go again but it was tough to take.”

For Rice, the game was his 41st of a long and, at times, challenging season.

If selected, he will make it 42 in Sunday’s third-place play-off with Switzerland, before enjoying a few weeks of rest and returning for pre-season training with West Ham in July.

“For both sides, towards the end, I think we both looked leggy,” he observed. “It’s never easy when it goes to extra time, but Holland probably had the fresher legs than us and they came out 3-1 winners and we’re really disappointed.”