Rice and England beaten by Holland in Nations League semi-finals 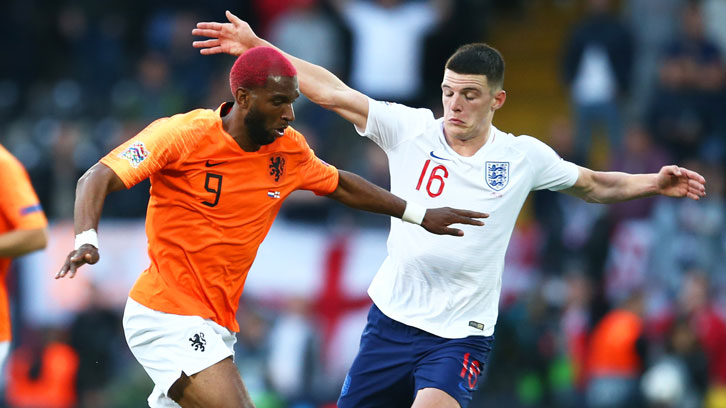 Declan Rice’s hopes of winning the UEFA Nations League with England were ended as Gareth Southgate’s side were beaten 3-1 by the Netherlands in the semi-finals on Thursday.

The Three Lions looked on course for the final when Marcus Rashford gave them a 1-0 half-time lead from the penalty spot, but Matthjis de Ligt forced extra time with an unstoppable header.

Defensive errors allowed the Dutch to take control, with Kyle Walker’s own goal and a late strike from Quincy Promes putting Ronald Koeman’s team into the final with Portugal, while England now face a third-place play-off with Switzerland on Sunday.

Rice completed 64 of his 66 passes in a defensive midfield position, playing the opening 105 minutes in Guimaraes, but ultimately ended on the losing side.

Earning his third cap and making his second start for England, the 20-year-old will surely have further opportunities to help his country reach a major final in the future.