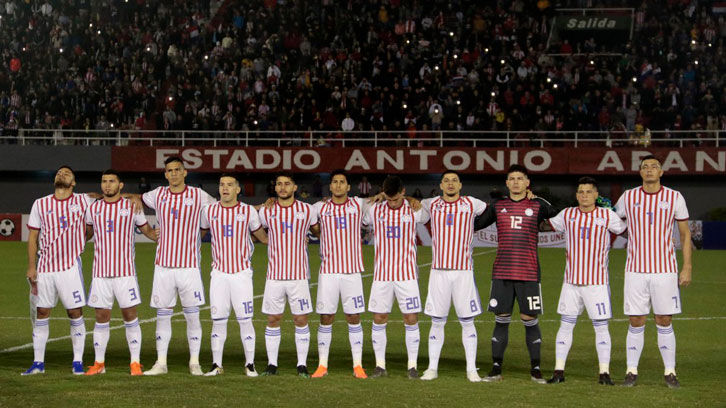 Fabian Balbuena completed the full 90 minutes as Paraguay continued their preparations for the Copa America with a 1-1 friendly draw with Honduras.

West Ham United centre-back Balbuena wore the No4 shirt and lined up alongside captain Bruno Valdez at the heart of the defence as the White and Reds played their penultimate warm-up fixture ahead of this summer’s finals in Brazil.

Playing in Balbuena’s home city of Ciudad del Este, Paraguay went ahead when veteran striker Oscar Cardozo slotted home from the penalty spot on 15 minutes, only for another 36-year-old, former Wigan Athletic defender Maynor Figueroa, to equalise with a quarter-of-an-hour remaining.

Balbuena’s inclusion and squad number suggest he will be in the starting XI when Paraguay kick-off their challenge to be crowned South American champions for a third time when this year's tournament kicks-off on 14 June.

Paraguay, who previously won the tournament in 1953 and 1979, take on Qatar in Rio in their opening Group B fixture on Sunday 16 June before tackling Argentina in Belo Horizonte on Thursday 20 June and Colombia in Salvador on Sunday 23 June.

Balbuena was part of Paraguay's squad at both the 2015 and 2016 tournaments, appearing in a group-stage fixture with the United States at the latter.

Carlos Berizzo’s squad, who have been getting for the Copa America at the national team training centre in Ypane, will complete their preparations by hosting Guatemala in the country’s capital, Asuncion, on Sunday afternoon.

Balbuena will be West Ham's sole representative at the Copa America, as Manuel Lanzini and Carlos Sanchez have not been included by Argentina and Colombia respecitvely, while Felipe Anderson has been left out of Brazil's 23-man selection.