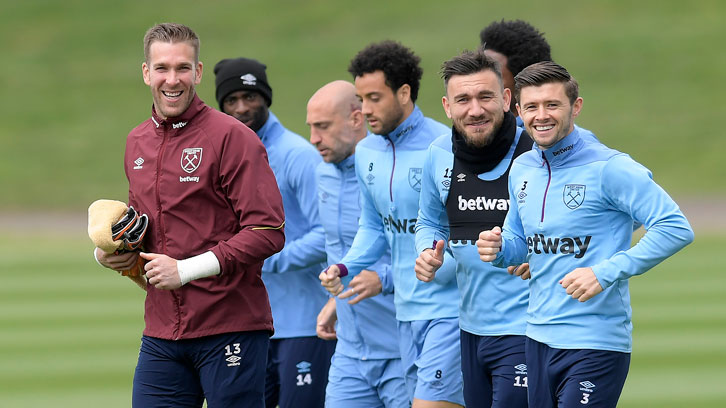 Adrian will leave West Ham United with the good wishes of everyone at the Club, goalkeeper coach Xavi Valero has confirmed.

The Spaniard, who joined the Hammers on 5 June 2013, exactly six years ago, will depart London Stadium after half-a-dozen memorable seasons when his contract expires on 30 June, having played a round 150 first-team matches in Claret and Blue.

And Valero, who coached the Seville-born stopper on a daily basis last season, had nothing but praise for his fellow countryman, despite his obvious frustrations at losing his starting place to Lukasz Fabianski

“Without question, Adrian is an excellent goalkeeper and has been an excellent servant for West Ham United throughout his time at the Club,” he confirmed.

“With Lukasz joining last summer, we had two number ones, but of course only one of them could play.

“He would obviously have wanted to have played more this last season, but his commitment and professionalism have been excellent throughout the year.

“Adrian has been great for West Ham as a goalkeeper and as a person. I send him my best wishes and, now everything has been decided, I think he will find the right club.

“I understand that Adrian wants to play and wants his own space, so he deserves to play at any club that he joins this summer.”

Adrian arrived in east London from Spanish club Real Betis in July 2013, with his free transfer turning out to be one of the Club’s best pieces of business in recent decades.

Everyone at West Ham United would like to express their gratitude for the hard work, commitment and loyalty shown to the Club by Adrian and wish him all the best for his future career.