Adrian: Thank you for everything, West Ham

Adrian has paid tribute to the West Ham United fans in an emotional farewell tweet penned six years to the day since his arrival from Real Betis.

The goalkeeper, who made 150 appearances in Claret & Blue, will depart the Club this summer in search of regular first team football, but with plenty of happy memories in the bank.

Adrian has made clear his spell in east London has left an indelible mark on him, helping him mature both on and off the pitch.

Having been involved in the unforgettable Farewell Boleyn season, to helping the Hammers settle into their London Stadium home, Adrian will certainly be fondly remembered by the West Ham faithful.

He wrote: “It’s remarkable, but today is the sixth anniversary of my arrival in London to proudly defend the West Ham shirt – a happy and fortunate time that has helped me grow as a person and as a footballer.

“In 2013 a 26-year-old boy landed, ready to face a different challenge with all my heart – a new life, a new club, a new destination, far from the comfort that my Real Betis brought me. 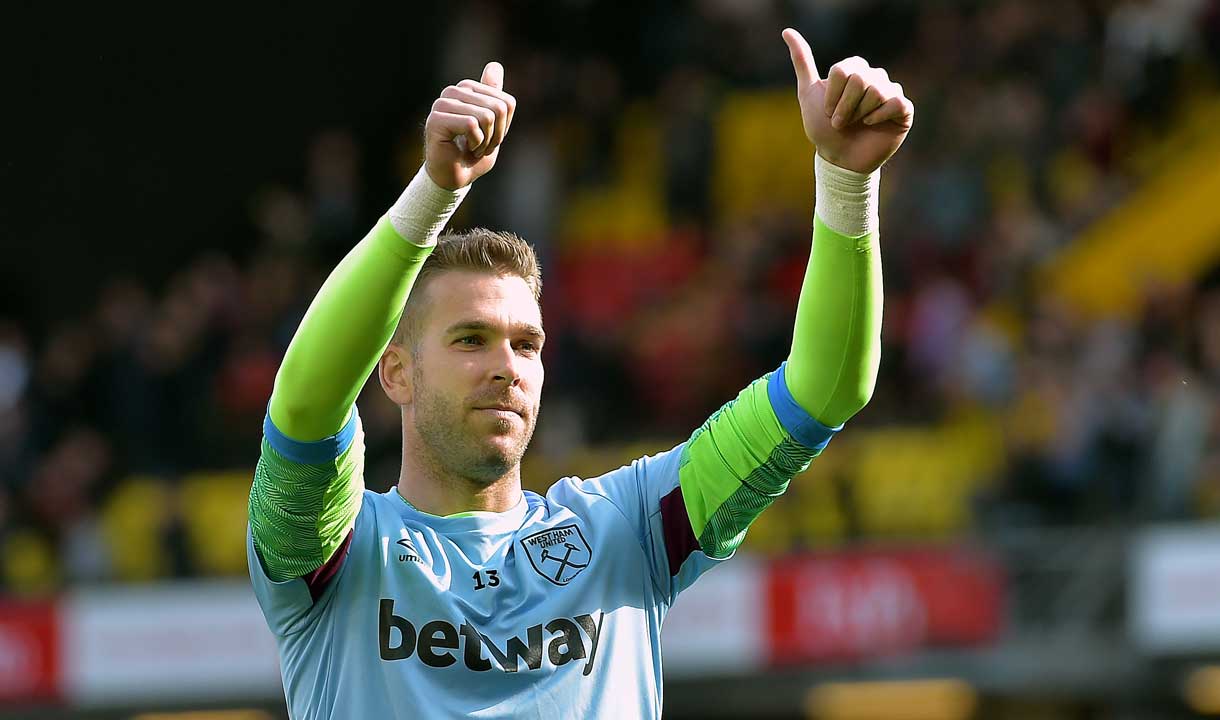 “Today, six years later I can tell you that I’ve always hoped to continue at West Ham, but the circumstances of football have led me to seek a new destination. That is my objective right now, but I must not forget a time that has been so successful for my family and for me.

“I want to thank all those who have helped me and trusted me from the beginning to achieve a better stay in the club and in the city. It is said that footballers pass and clubs stay, and that’s how it is, but when one has found oneself at home, one must recognise it and show gratitude.

“I have lived unforgettable moments with all of you in each afternoon and evening of football in the mythical, beloved and unique Boleyn Ground, including that penalty shootout against Everton in January 2015 that we all remember how it ended, as I enjoyed every minute played at London Stadium. All of them will stay in my memory with much affection.

“Finally I want to wish you, West Ham United, all the best for the future. Maybe someday we can meet again. In the meantime, thank you for everything, Hammers.”

Thank you for everything ⚒👏🏻❤️ #WestHamUnited #PremierLeague #Football #London pic.twitter.com/AFCPDlzyo6