New West Ham United signing David Martin could not contain his delight at securing a move to the club he has supported his entire life.

Goalkeeper Martin will join the Hammers on July 1 and sign a two-year contract, with the option for an additional 12 months.

Born in Romford and the son of West Ham icon Alvin Martin, there was never going to be any disputing the club that David would follow, and to play for his boyhood side is a ‘dream’ according to the newest Iron.

“To move to West Ham United is a dream, both for me and my family,” Martin told whufc.com.

“I spoke to my dad before signing for West Ham and that was a bit emotional as well, both for him and my mum. I can see just how much it means to them as well. It’s just amazing.”

It’s only obvious when you’re in football and you see other clubs and other teams, that you really get an idea of what a great club West Ham is.

Growing up around West Ham with his dad had a profound effect on Martin’s development as a young man, with the goalkeeper recalling spending time at the training facility at Chadwell Heath during his school summers.

It was those experiences alongside West Ham icons and legends that forged the shot-stopper’s love for the club.

“Growing up, my dad was my hero,” he continued. “Going down to the training ground at Chadwell Heath during my six weeks of summer holiday was just amazing.

“Those holidays were the best time of my life. I was a bit mischievous as a child so, to take me out of my mum’s hair, my dad used to take me down to the training ground and I would get into all sorts of trouble.

“I remember getting tied up by Julian Dicks with a skipping rope one time and he left me there for the whole training session. I probably did deserve it. It was amazing. 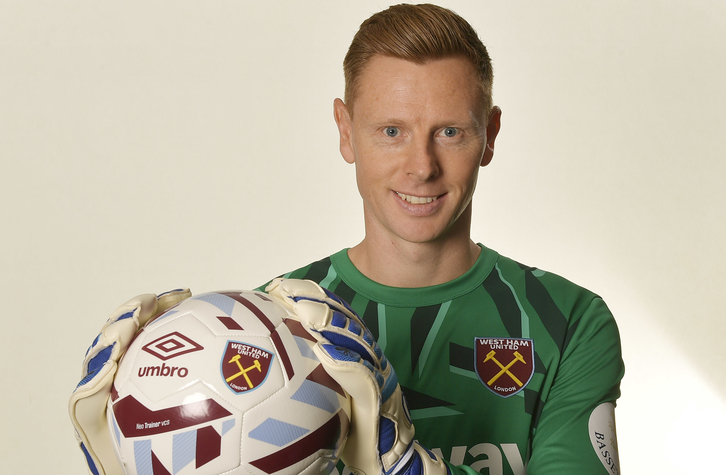 “It’s only when I look back now that I realise how lucky I was. I didn’t realise it at the time. It’s only obvious when you’re in football and you see other clubs and other teams, that you really get an idea of what a great club West Ham is.”

Having moved to West Ham United after a two-year spell with Millwall, Martin is now eager to get down to work at Rush Green with his new teammates.

“I had a great two years with Millwall, but after speaking with my family I felt like the time was right for me to move on, and to come to my boyhood club is a dream really.

“Now I will go into training every day and give the club what I’ve got, and see where that takes me.”