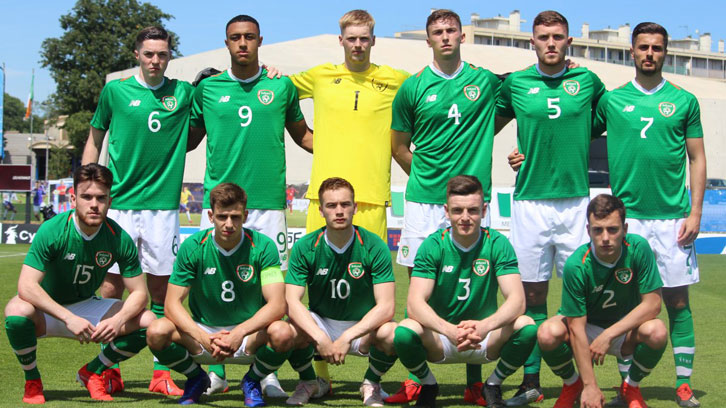 Conor Coventry and his Republic of Ireland U21 teammates made a winning start at the 2019 Maurice Ravello Toulon Tournament in France on Monday.

The West Ham United midfielder (pictured above, back row, far left) started for the Boys in Green, who scored a 4-1 victory over China in sun-soaked Aubagne.

Waterford midfielder Zach Elbouzedi fired Ireland in front inside 35 seconds before Brighton & Hove Albion forward Aaron Connolly made it 2-0 before the fifth minute was up.

Li Yang halved the deficit with a goal midway through the first half, but Ireland’s two-goal lead was restored when Adam Idah of Norwich City converted twice from the penalty spot after half-time.

Coventry and his compatriots next face Mexico in Fos-sur-Mer on 6 June before completing the group stage by tackling Bahrain in Vitrolles on 9 June. Mexico and Bahrain meet in their Group C opener on Monday evening.

The four group winners will contest the semi-finals on Wednesday 12 June, with the final taking place in Salon-de-Provence on Saturday 15 June. Playoff matches will also be held for the minor placings.