Masuaku: I feel like West Ham United is my home

For Arthur Masuaku, the decision to sign a contract extension with West Ham United was one of the easiest he will ever have to make.

The left-back put pen-to-paper on a new deal with the Irons on Monday, extending his stay in Claret and Blue until 2024.

There was no doubt in the 25-year-old’s mind about his decision. His home is West Ham United and the opportunity to continue developing with the Hammers was one he just could not say no to.

“For me, it was easy to sign this contract,” Masuaku told whufc.com. “I feel like I’m home at West Ham. Even when I was with the national team I was thinking about when I will be back. London and West Ham is home now.

“For me, it wasn’t time to go. Since I joined the Club, it hasn’t been an easy road, due to injuries and stuff. I feel like I can still improve. I can improve what I can do in terms of consistency, and the Club gave me this opportunity to stay for longer.

“It was easy. I want to stay, and the Club wants me to stay, the chairmen and the coach want me to stay. It was an easy decision and I’m really happy about this.” 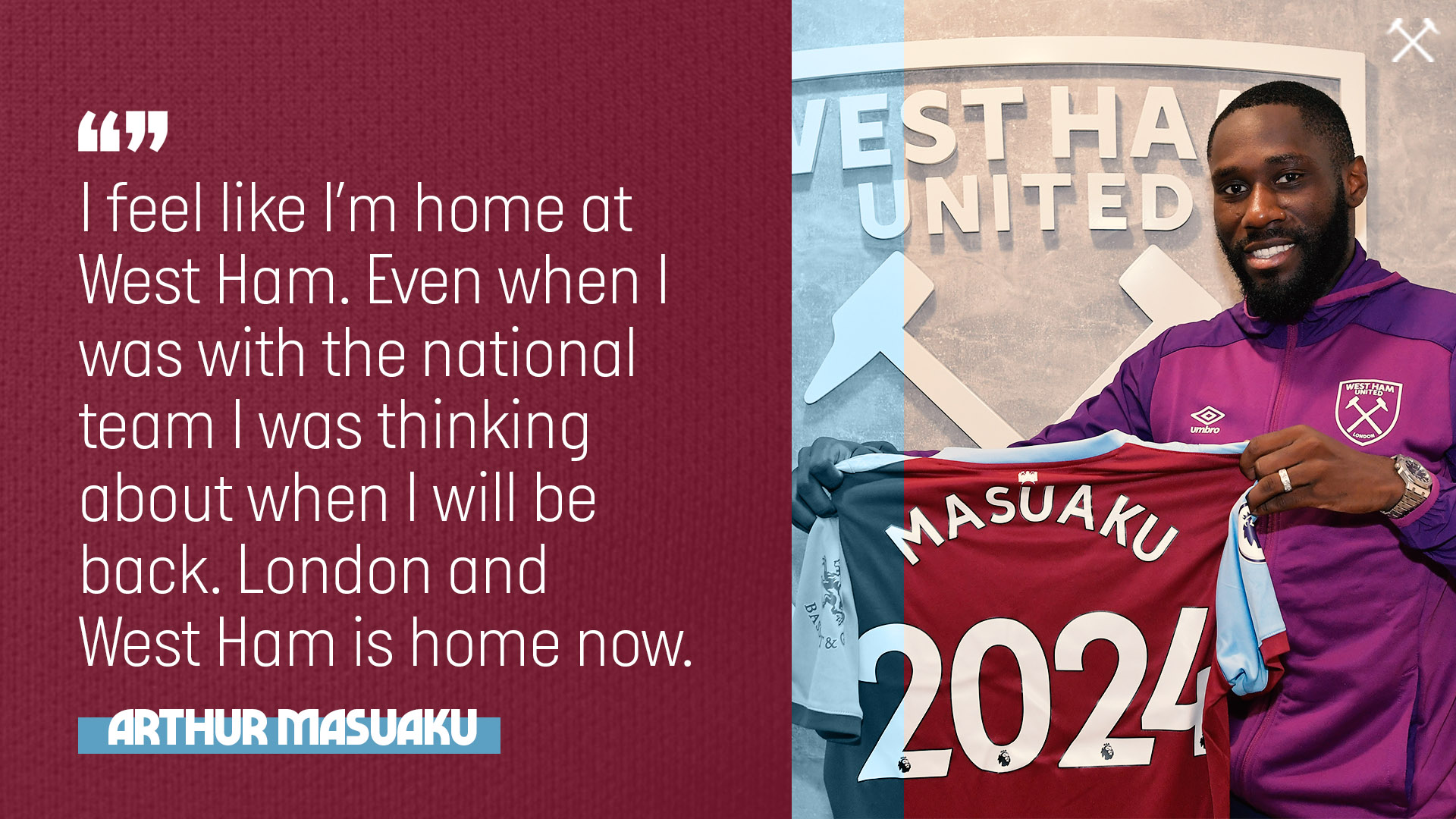 Having joined the Irons from Olympiacos in 2016, Masuaku believes his time in east London has been a mixed bag so far. Injuries have hit the defender at times, but Masuaku knows he has the chance in the coming season to stake his claim after signing his new deal.

Now the No26 wants to show what he is truly capable of offering to manager Manuel Pellegrini and the West Ham team.

He continued: “Sometimes, in the last couple of years, I wasn’t happy with myself when I was playing. I feel like I can give a lot more for the Club, the fans, and myself.

“For me, I hope this year can be the year that I improve, and I can play most parts of the games during the season. I will be happy if the coach gives me this opportunity but first, I need to prove in training and in games that I can earn my position.

“The Club and the coach have given me this opportunity which means they trust me. They trust what I’m capable of and what I can do. For me, the only thing to make them happy is to give that back on the pitch with my performance, the way I can play, and to be professional. If I can do this, that would be perfect.” 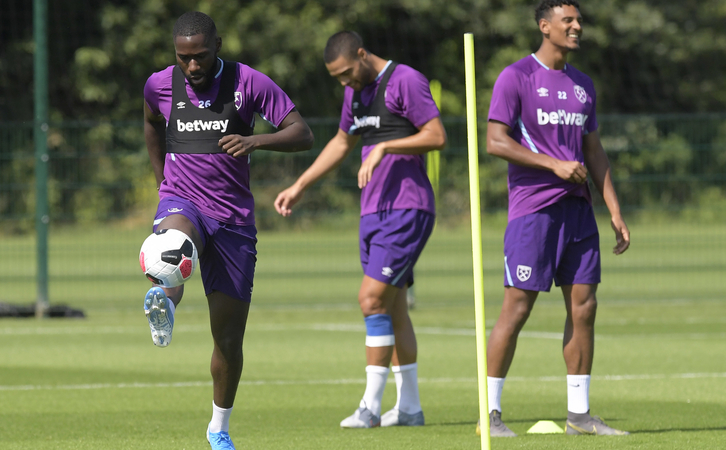 Masuaku made his first appearance of pre-season on Saturday against Fulham, coming on for the second half. Immediately, the sound of the Masuaku song could be heard from the away end, as the brilliant West Ham supporters heralded the introduction of the DR Congo international.

Masuaku feels the love from the Claret and Blue Army and wants to give back as much as possible to the fans.

“I love the song,” Masuaku laughed. “Of course, I love it. When the supporters make a song for you, it’s good. It means they love you and it’s very nice. Even when we played Fulham, they started singing it and I really appreciated it. Thank you for your love.

“Even when we lose and they feel we’ve given a lot for the shirt, they are happy. We don’t have to be the best players in the world. I think it’s very normal to give your all for the Club because the Club and the supporters are behind you.”

With his fourth season as a Hammer set to begin, Masuaku is eager to begin the new campaign as he ended the last; in good form and able to have fun while playing his football. 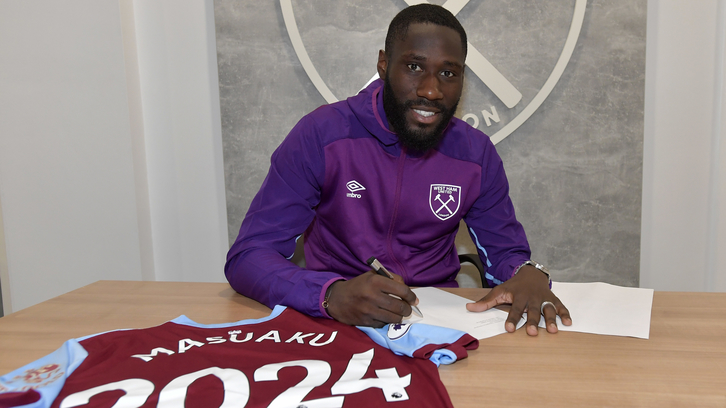 The left-back has high expectations of himself, and the team, this campaign and says the team can be confident in themselves as they seek a successful second season under manager Pellegrini.

Masuaku added: “This season, first of all, I want to be healthy and play as much as I can. I want to start the season as I finished it last year. I want to play like this all year and be consistent.  I think it’s the key to being successful.

"Last year we had maybe three or four opportunities to go into seventh position, but we couldn’t make it. I think we need to be more consistent. I think we can achieve a lot. We have the team for it.

“After that, I just want to play my football and enjoy myself on the pitch.” 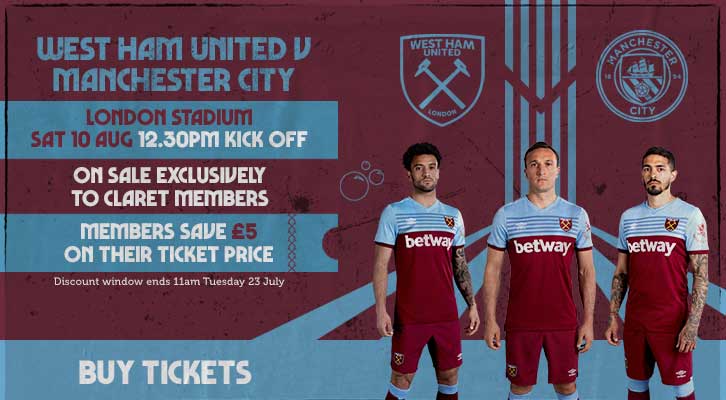