Halajko: We want to push them physically, technically and tactically 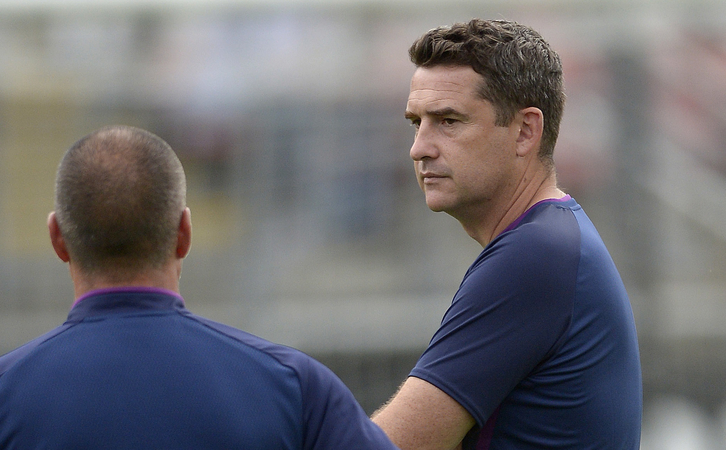 Dmitri Halajko’s side will make the short trip up the M4 to play The Royals at their training ground.

Reading will be one of West Ham’s opposition in the Premier League 2 Division 2 which kicks off in just over a week.

The match is the second of three for the U23s over the course of the week after the 0-0 draw with Dagenham & Redbridge on Friday night.

The friendly will be new Head Coach Halajko’s second game in charge and the new manager is enjoying the busy pre-season.

“It has been busy and that’s exactly what we want really” he said. We want to test the boys and we want to push them, physically and mentally, technically and tactically. It’s busy for a reason and that’s by design so hopefully comes the start of the season they will be in good shape.

It has been busy and that’s exactly what we want really.   Halajko

Last season saw U23s players Conor Coventry and Ben Johnson feature for the West Ham United first-team and this pathway is something that Halajko is keen to continue.

“We hope to get as many of these boys from the group playing league football. Whether that is out on loan or here in the first-team it will be determined by how well they are doing.

That’s a massive aim to see how many boys we can get playing in the league making senior appearances.”

Holding midfielder Coventry has impressed so far in pre-season and the U23s captain is sure to play a key role under Halajko.

“We want a ball-player and a ball-winner and someone who can conduct things from the middle of the park and there are times when Conor really shows that.”

Following on from Tuesday’s game the West Ham U23s will fly to Belgium to take on RSC Anderlecht in a prestigious friendly. They will then open up their league campaign at home against Fulham on the 9 August.