Hannam: Halajko has had a strong impact 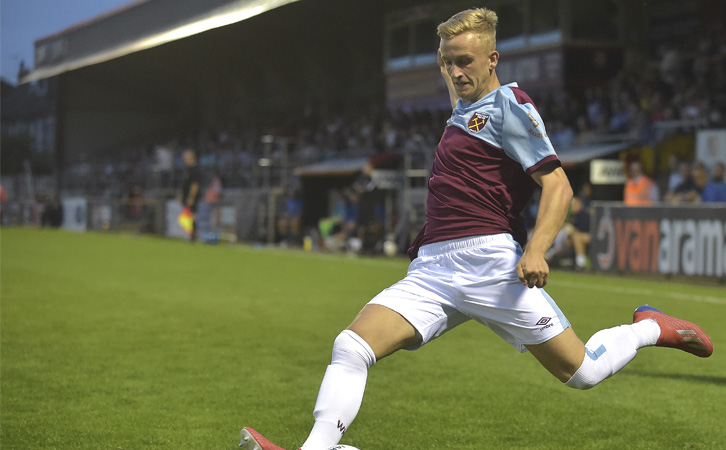 Hannam was a second-half substitute in Friday evening’s pre-season friendly against Dagenham and Redbridge.

The match finished 0-0 and was the new Head Coach Halajko’s first game in charge.

“He’s a good manager," Hannam said. “I really like how he works and I’m excited for the season ahead.”

The 18-year-old looked a threat going forward when he came on, skipping past his marker on a couple of occasions.

“It was really good I enjoyed the experience and it was a really good evenly matched game.

"I mean, they are experienced opposition and they made it really hard for us, but I think that we gave it our all and they gave us a good game.”

Hannam is looking to follow in the footsteps of fellow defender Ben Johnson and make the step-up to the first team in the future.

“My hopes for the season are to get as many minutes as I can and keep trying to break into the first-team.”

The West Ham U23s have been enjoying a busy pre-season schedule that saw them return from Slovakia last week.

“It was a great trip, I really enjoyed myself and it was important for all the boys to bond together and spend some time together ahead of the new season,” Hannam said.

Next week sees the U23s travel to both Reading and Belgium to play Anderlecht. These two games will complete the academy side’s preparation for the upcoming Premier League 2 season.

Hannam believes two good performances will set the team up well for the upcoming campaign.

“Hopefully we can play the next two games of pre-season and then start the season strongly. That’s what we are hoping for honestly.“