Felipe Anderson: West Ham have the players to go far 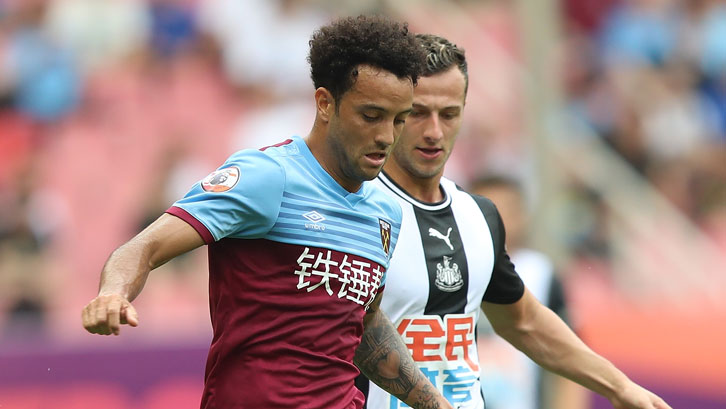 Despite the disappointment of losing both matches at the Premier League Asia Trophy in China, the Brazilian winger says the Hammers are in good shape heading into the new season.

With important players returning from long-term injuries and highly-rated new signings arriving at the Club this summer, the No8 is feeling optimistic about the Irons’ prospects.

"We gave a good effort, unfortunately we couldn't win and we have to keep on working,” he said, speaking after Saturday’s 1-0 defeat by Newcastle United in Shanghai.

"We have a competitive team, we have the players to go far, and good signings have arrived as well. We are working well, we know we have to improve a lot, but we have a great team and there is still a lot of time left [before the opening Premier League match against Manchester City at London Stadium on Saturday 10 August].”

We have a competitive team, we have the players to go far, and good signings have arrived as well

Felipe Anderson and his West Ham colleagues flew back to London on Sunday and will have a day off to rest, recover and get any jetlag out of their systems before returning to Rush Green for training on Tuesday.

There, the 26-year-old will meet his new teammates Pablo Fornals and Sebastien Haller, while also welcoming Fabian Balbuena and Arthur Masuaku back from their summer break. All four will hope to be involved when the Hammers travel to Championship club Fulham on Saturday in their next preseason match.

Felipe Anderson hopes the team will not only put together a better all-round performance at Craven Cottage, but also return to winning ways.

"We have to start winning soon, we have 20 days to start the season, we are working well and I hope we win the next game” he concluded.