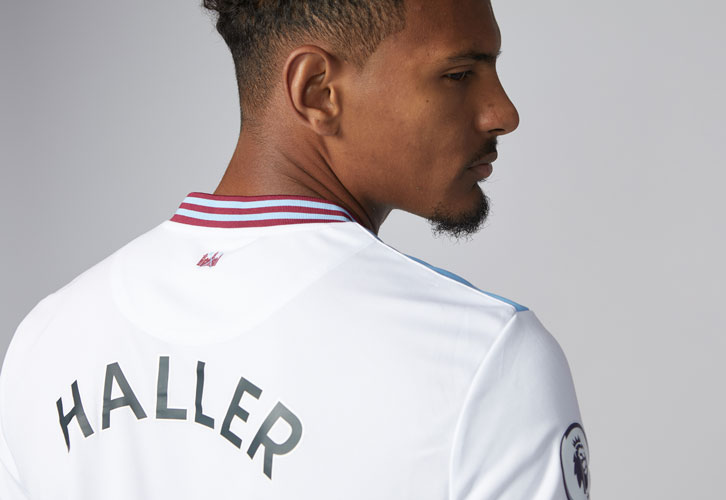 Mark Noble believes the signing of Sebastien Haller is yet another statement of intent by the West Ham United hierarchy.

The Hammers broke the Club’s transfer record for the third time in a little over a year by bringing in the prolific Haller, who has moved to London Stadium on an initial five-year contract from Bundesliga side Eintracht Frankfurt.

And Noble says Haller is a top all-round centre forward who will add yet more undoubted quality to Manuel Pellegrini’s squad.

“We’ve bought a really good, young striker,” the captain confirmed. “I’ve seen him play a few times and he looks really strong and he’s going to help us a lot.

“It’s not only the player now, but it’s also their personality and we’ve bought someone who wants to be a West Ham player and wants to work, so I’m really excited about welcoming him into the squad.”

I’ve watched him a few times on TV and he’s strong, you know, and he’s good with his feet, good in the air and he can finish

Noble watched Haller regularly during Eintracht’s run to the UEFA Europa League semi-finals last season, when he netted five goals in nine games, and became an admirer of his talents before he was linked to the Hammers this summer.

“I’ve watched him a few times on TV and he’s strong, you know, and he’s good with his feet, good in the air and he can finish, so he is someone I think the West Ham fans are really going to enjoy,” he enthused.

Haller becomes the seventh record signing in Noble’s time as a West Ham player and the third since June 2018, following Issa Diop and Felipe Anderson, while the Board have also spent big on the likes of Pablo Fornals, Andriy Yarmolenko, Manuel Lanzini and Chicharito in recent years.

As a result, West Ham now have the most expensively-assembled squad in the Club’s 124-year history.

Noble, for one, is delighted to see such heavy investment being made in the playing squad, particularly since the move to London Stadium in 2016.

“Obviously after selling Marko [Arnautovic] we needed to invest again and the Chairman has done that,” he said.

“When I first started playing, that sort of fee would buy you Zinedine Zidane! But to be honest that’s the way the Premier League is now.

“You don’t get a lot now for less than £30million – not the sort of players we want, anyway – so it’s great that the Club is keeping on investing, breaking the transfer record again, and we’re really looking forward to Sebastien coming in with us.”