Galabadaarachchi: Moving to West Ham is a dream come true

In making the jump to West Ham and England, the young striker has achieved a goal she set herself a decade ago and cannot believe that dream is now a reality. 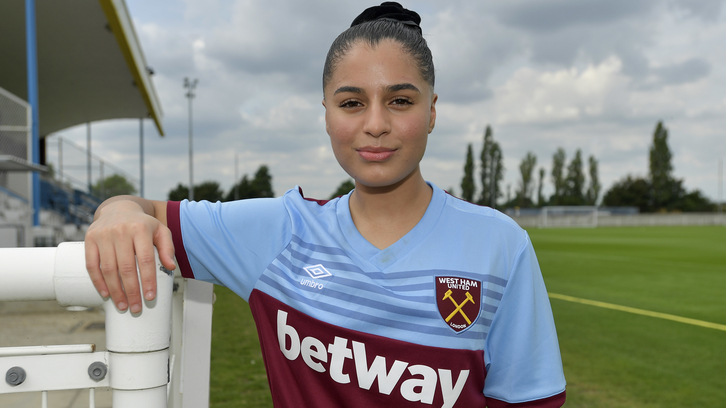 “It’s amazing to join West Ham United,” Galabadaarachchi told whufc.com. “I have wanted to play in England since I was eight-years-old and, in joining West Ham United, my dream has finally come true.

“It genuinely means everything to me. It’s been a long journey of waiting to come over here. I’ve been waiting to come to England for such a long time to play my football.

“I like everything about West Ham. It seems like a real team-centred environment, and it’s also a family environment too. I really like the way West Ham look to play football and the values the Club holds. Making this move is a dream for me; a dream that’s become a reality!”

A young attacker widely regarded as one of the best up-and-coming talents in the women’s game, Galabadaarachchi’s quality and potential have seen the teenager already win an Australian W-League and take part in a national team training camp for her county.

I really like the way West Ham look to play football and the values the Club holds. Making this move is a dream for me.

The forward says she feels comfortable plying her trade anywhere across the front line and is looking forward to showing her ability in a West Ham shirt.

She continued: “I really like dribbling, attacking the defenders, creating opportunities at the front, and I like scoring and giving through balls. I like putting the defenders under pressure; I feel confident anywhere across the front line.”

Although playing on the other side of the world last season, Galabadaarachchi watched West Ham United’s first season in the Barclays WSL with interest and feels the side held themselves well – earning a seventh-placed finish and a spot in the SSE Women’s FA Cup Final.

The new No15 is backing her new side to continue building on the obvious potential and have another impressive season in the top flight of women’s football. 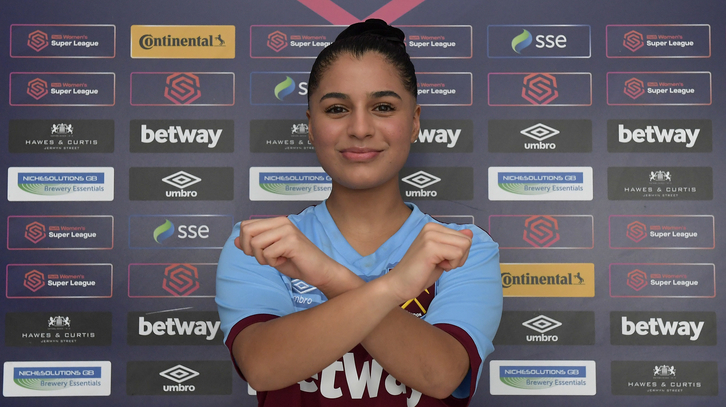 “I watched a lot of West Ham games last season and followed the journey,” Galabadaarachchi added. “I thought the side played excellently.

“I watched the FA Cup final against Manchester City, and I thought it was a great game to watch. Okay, West Ham didn’t win, but the team played amazingly. Throughout the season, they did really well, and you can see the potential to get even better.

“I want the team to do well again this season. I’d like to personally have a good season, hopefully, and I want to impress my coaches and my fellow players.

“I hope that, as a player, I can bring the team up and we have a good season together.”