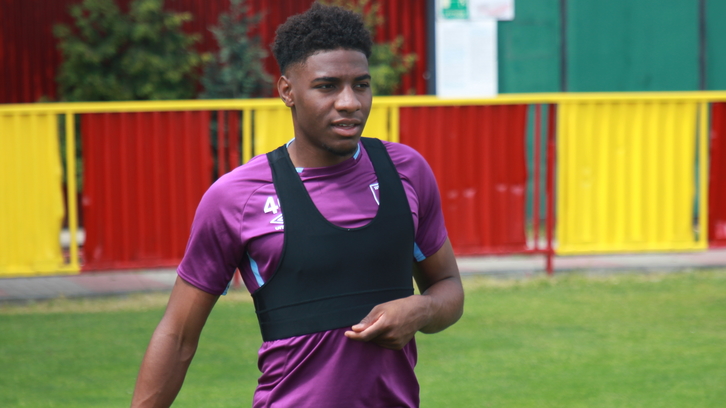 The 2018/19 campaign was not the kindest to Oladapo Afolayan, but the West Ham United U23s forward is looking forward to making up for it in the new season.

The 21-year-old, having spent a number of sessions in the early part of last year working with Manuel Pellegrini’s first team, suffered a long-term knee injury during a September training exercise and missed five months of action.

A loan move to Oldham Athletic in the second part of the campaign was set to help give the striker a boost, but a dislocated shoulder in April would be another set-back for Afolayan to contend with.

With a new season just around the corner, however, ‘Dapo’ is looking fitter than ever, working closely with his U23s teammates during a week’s pre-season camp in Slovakia.

There’s a lot of lads that have been given the opportunity since Manuel Pellegrini came in...It shows that if you’re good enough and you work hard then they will give you the opportunity.

As with any Academy star, the senior team is the goal for the forward, who is taking inspiration from the recent journeys of Declan Rice, Grady Diangana and Ben Johnson into Pellegrini’s plans.

“Before I hurt my knee, I was training with the first team a bit,” Afolayan told whufc.com. “My injury happened in a first team session and it was a big one. I was out for five months.

“After that, I went on loan to Oldham, so I haven’t been around the first team for quite a while, so I’m focusing on getting myself back playing regularly and trying to get back there again.

“There’s a lot of lads that have been given the opportunity since Manuel Pellegrini came in. Joe Powell and Conor Coventry also got their first-team debuts last season, and Dec, Grady and Ben are featuring. It shows that if you’re good enough and you work hard then they will give you the opportunity.

“I believe there are a lot of players in this team that are more than capable of being up in the first team squad. It’s about proving to your manager that you can do the job he needs you to do.” 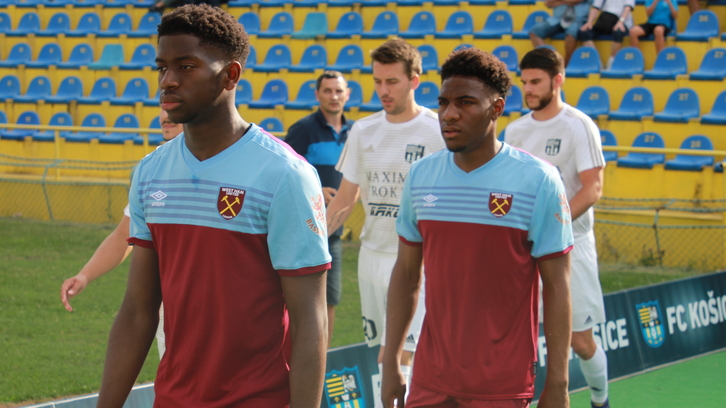 The trip to Slovakia has been a success for Afolayan and his U23s colleagues. Hard work on the pitch in the sun has been supplemented by the opportunity to bond as a group away from it.

The squad watched the first team play Manchester City in the Premier League Asia Trophy together on Wednesday and, with a number of younger players in the side, the attacker says trips like this are essential for a positive team spirit.

“It’s been good to get away,” he continued. “We also came here last year, which was a good experience. We took a lot out of it last season and we’re doing the same this year. It’s always nice to get away during pre-season and get some hard work done in nice weather.

“We’ve got some of the U18s away with us for the first time this season as well, so it’s good to come away as a group and gel and get to know each other on and off the pitch. From that aspect, it’s been a really good trip.” 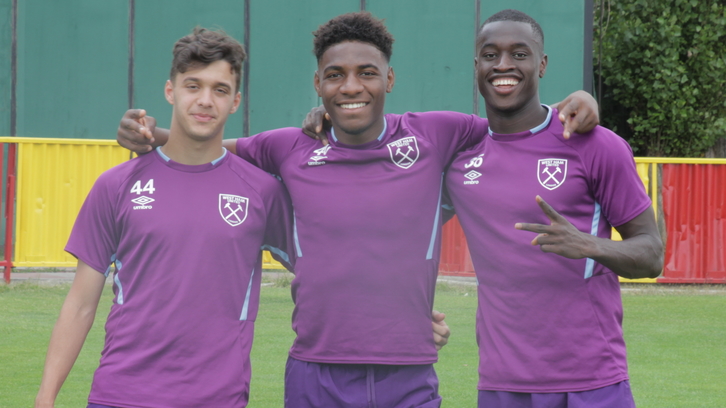 Last season was a challenging one for the Hammers U23s, with the side relegated from Premier League 2 Division 1, but preparations are well underway for the new campaign with the side winning their first match in Slovakia on Tuesday.

With a second fixture on Saturday, Afolayan is backing the young Irons to continue getting better and be in good shape when the season begins next month.

He added: “Last season was a difficult one for the group on the whole because it was very up and down, but I don’t think it was a true reflection of the group. The relegation was unfortunate; it came down to the final day.

“We’re all looking forward to the new season now. Everyone has learned a lot from last season, and we are targeting a real promotion push. We have a strong mentality here. We got a great win on Tuesday, coming back from a goal down, and we want to continue that on Saturday.”