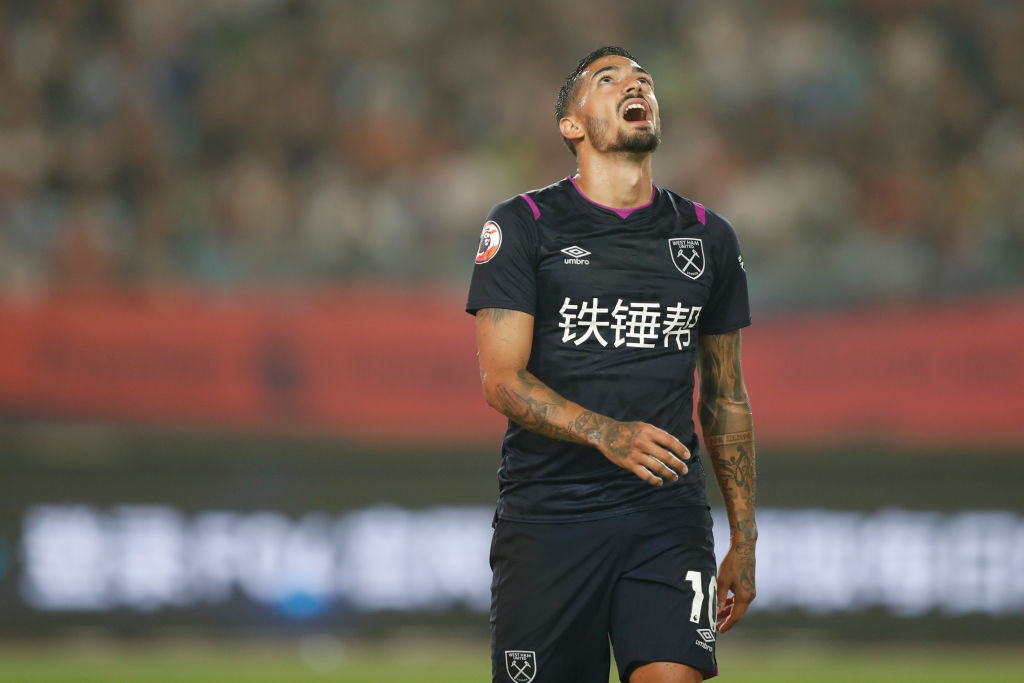 Wearing their smart navy Third Kit and with a special ‘Hammers’ message displayed on their shirts in Mandarin, the Londoners made a fine start and led through Mark Noble’s first-half penalty, only for two goals in the space of three minutes to give Pep Guardiola’s side the lead by the interval.

And, following the introduction of a succession of City’s top international players in place of the youngsters who kicked-off the game, the Premier League champions added two further goals to run out comfortable 4-1 winners.

While the Irons ended on the losing side, the Chinese supporters and those who had travelled nearly 6,000 miles from England were treated to a lively and entertaining game that featured plenty of chances at both ends of the pitch.

With Michail Antonio leading the line with customary power and pace ahead of a creative trio of Manuel Lanzini, Felipe Anderson and Jack Wilshere and deep-lying midfield pair of Mark Noble and Declan Rice, and right-back Ryan Fredericks constantly flying down his flank, West Ham continually pushed City onto the back foot.

And, after Felipe Anderson had fired narrowly wide and Lanzini straight at Claudio Bravo, Noble’s 25th-minute penalty gave West Ham a deserved lead after left-back Angelino had handled under pressure from the Brazil winger.

Minutes later, the Irons wanted a second spot-kick when Fredericks went to ground under Angelino’s challenge, only for referee Craig Pawson to wave away his appeals.

And the decision proved costly for West Ham as City scored twice in quick succession, first when David Silva collected Adrian Bernabe’s diagonal pass on his chest before firing past Roberto, and then when Angelo Ogbonna brought down Bernabe and Lukas Nmecha beat the Spaniard from 12 yards.#

Even then, the Irons had opportunities to go in at least level at the break, but neither Declan Rice nor Lanzini could find a way past Claudio Bravo, while Felipe Anderson again fired low past the post. 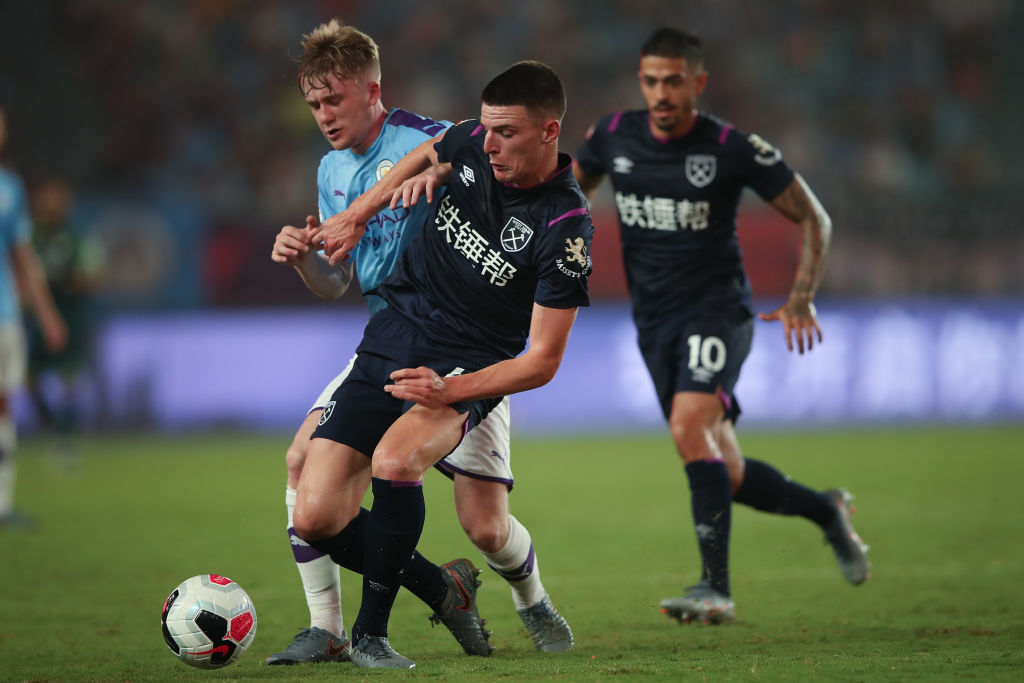 All of a sudden, City were a far slicker outfit and it was the men in sky blue who were creating the bulk of the opportunities, but not before West Ham substitutes Andriy Yarmolenko and Robert Snodgrass had seen efforts blocked.

It was England forward Sterling who put the game beyond his old manager’s side, latching onto Sane’s pass before firing past Roberto, before completing the scoring after Roberto had saved his initial shot – one of a number of smart stops from the former Atletico Madrid man.

Despite the scoreline and muggy conditions, West Ham kept going and were nearly rewarded late on when Chicharito’s free-kick was kept out by Claudio Bravo and Yarmolenko put the follow-up against the outside of the post from a tight angle.

Defeat means West Ham will take on Newcastle United – beaten 4-0 by Wolverhampton Wanderers in the first semi-final at the Olympic Sports Centre Stadium – in the third-place play-off at Shanghai’s Hongkou Stadium on Saturday, with kick-off at 6pm local time (11am BST).