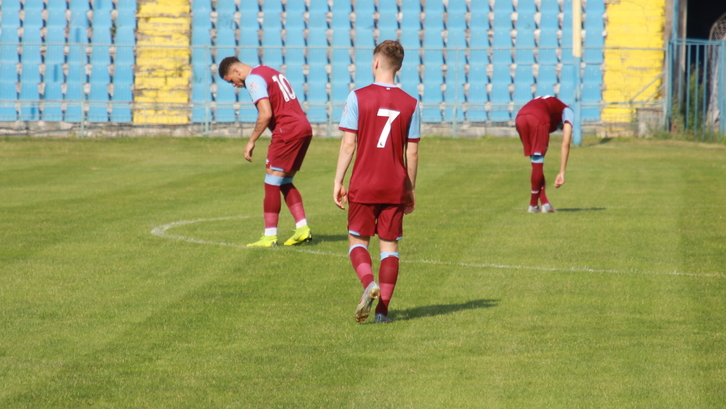 The first match of the Irons’ pre-season camp in Slovakia saw the Hammers defeat Kosice, despite going a goal behind five minutes into the second half through Jakub Bavolar.

Both West Ham goals came in the space of two minutes as Holland’s deflected effort bobbled into the net, while Kemp powered home to give his side the advantage.

Head coach Steve Potts will have been delighted with his team’s steel in holding on to their lead and claiming the result, beating a team with Champions League experience in their ranks.

Played at the Stadion Lokomotivy in the beautiful surroundings of Kosice, it was West Ham who enjoyed the first chance of the match. Bernardo Rosa found Holland with a superb through ball, putting the No11 in on goal. If not for a well-timed tackle, the winger would have surely put the Irons ahead.

Centre-back Reece Oxford also went close midway through the first half, with his header from a Marcus Browne free-kick flying narrowly over the FC Kosice cross-bar.

The Hammers No10 was involved again on 35 minutes. Browne found space on the right-wing and whipped in a brilliant cross. Joe Powell was unchallenged in his efforts to meet the ball but was unable to turn his header on target, with the ball skewing wide.

Despite West Ham enjoying the most chances, it was the home side that had the best opportunity to score prior to half-time. A quick, flowing team move pulled the Irons defence out to the left. A low ball in was missed, finding striker Predrag Radavanovic on his own six yards from goal. The attacker missed his shot completely, however, in a let-off for Steve Potts’ side.

It was undoubtedly West Ham who started the second half brighter, with Dan Kemp seeing an effort cleared off the line before Oxford again saw a header go wide, this time from a corner-kick. However, Kosice would take the lead on 50 minutes.

Bavolar – who entered the fray at half-time for his side – was left free inside the Hammers box and tucked in from around eight yards out with a powerful finish.

The away side immediately returned to their attacking intent, with Bernardo striking a 30-yard rocket sweetly; the effort narrowly going over the bar.

Less than ten minutes after Kosice’s opener, West Ham were level. Conor Coventry found Holland, who drove into space inside the box and fired an effort on goal. The shot was deflected, looping into the air, and bounced towards the goal-line. While shot-stopper Matej Fabini claimed he stopped the ball from crossing the line, the referee deemed otherwise, and the Claret and Blue had their goal.

Only two minutes later and West Ham had the lead. It was Kemp who fired his side in front, coolly slotting home at the near post to give the Irons the deserved advantage.

A host of changes followed for Potts’ West Ham, and two substitutes went close to extending their lead. Amadou Diallo struck well, but his long-range shot was straight at Kosice substitute goalkeeper Jakub Giertl, while Anthony Scully’s free-kick was just over.