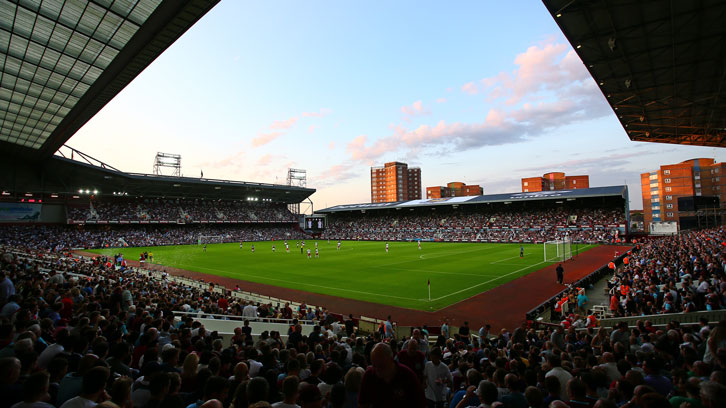 Thursday 2 July 2015 was a warm summers day in east London, with any remaining clouds in the sky parting as the afternoon wore on.

By early evening, the tens of thousands of West Ham United supporters making their way to the Boleyn Ground were being bathed in bright sunshine.

Wimbledon was in its first week, the Ashes had yet to start and the Premier League season was still 38 days away, but the Hammers were preparing to play their first fixture of the Club’s historic Farewell Boleyn season.

The good behaviour of the players throughout the previous campaign had earned the Irons a place in the UEFA Europa League first qualifying round due to their outstanding fair play record.

The draw paired West Ham with Andorran side Lusitans, who had finished second in the principality’s Primero Divisio in 2014/15 to secure their place in Europe.

For that bright Thursday night, not only were West Ham kicking-off their final season at their home of 112 years, but the Club were also unveiling a popular new manager.

With Sam Allardyce departing after four years in charge, the Hammers had appointed former player Slaven Bilic as his replacement on 9 June.

The Croatian’s arrival enthused a fanbase already determined to enjoy their final campaign at the Boleyn, and the return of cult hero Julian Dicks as a member of his coaching staff only increased the level of excitement ahead of the Lusitans fixture.

Three days before the game, the Club announced a 35,000 sell out. The Boleyn would be full. On 2 July.

The early start meant a squad containing a mixture of senior and U21 players returned to pre-season training in mid-June, while Bilic, who did not arrive in London until late in the month, handed the managerial reins to Academy manager Terry Westley for both legs of the tie.

However, the new boss was at the ground to see his new team in action and the roar when he was introduced to the crowd before kick-off marked a memorable way to start an unforgettable campaign.

The game itself was as one-sided as you might have expected, with West Ham dominating possession throughout.

It took 40 minutes for the hosts to break the deadlock, with Diafra Sakho heading in Mauro Zarate’s cross. Five minutes later, the Senegalese striker doubled his side’s advantage from Morgan Amalfitano’s cutback.

James Tomkins added a third after half-time to send the Claret and Blue Army home with smiles on their faces, while the game also provided landmark moments for two other Academy of Football graduates, as Reece Oxford became the Club’s youngest-ever player and substitute Josh Cullen made his first-team debut.

It may have been 2 July and unseasonably early for the new season to start, but the Farewell Boleyn campaign had got off to the perfect start.