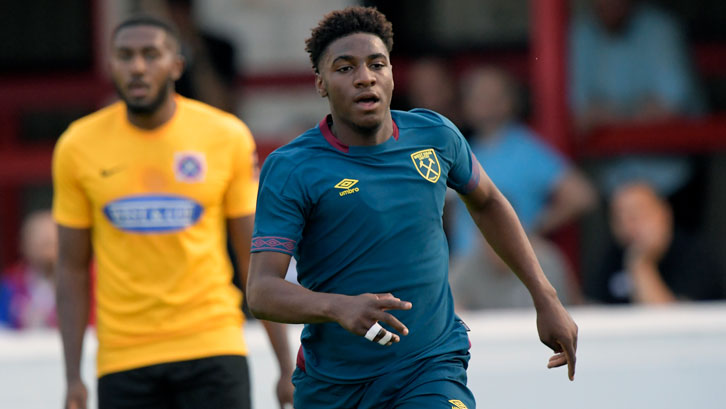 The 20-year-old, who is approaching a return to action after being out injured since September last year, will hope to boost the Latics’ chances of making a late-season run for the Play-Offs. Oldham sit 14th in the table, but are just eight points behind Exeter City in seventh.

Afolayan featured in the U23s’ opening four Premier League 2 Division 1 fixtures of the season, scoring in the 6-4 home defeat by Manchester City in August, before being ruled out.

Prior to that, the forward joined the Hammers from non-league Solihull Moors in January 2018, having scored eleven goals for the National League club in the first half of last season.

He moved to Canada with his family at the age of 15, where he trained with FC Toronto and played for the MLS club's reserve team, before returning to England and enrolling in a civil engineering course at Loughborough University, for whom he also played football in the Midland League.

After a prolific year with Solihull Moors, he moved to London Stadium a year ago.