Cherries pick off Hammers to take the points 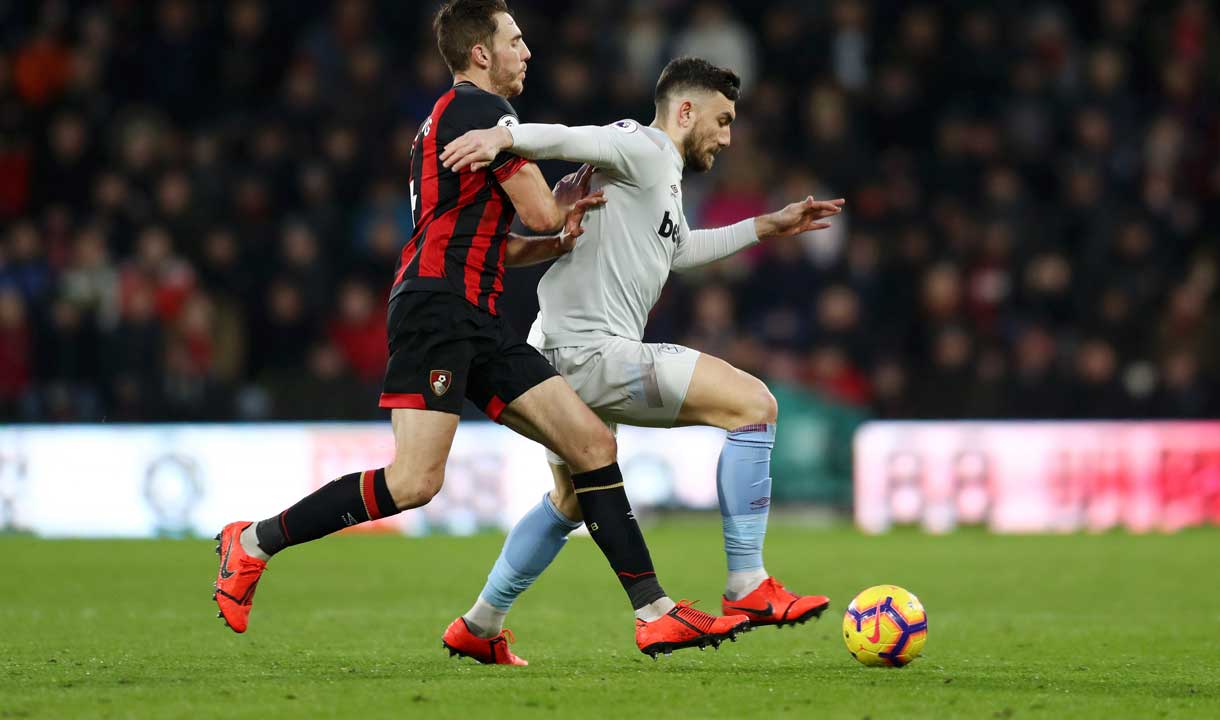 West Ham United fell to a frustrating 2-0 defeat at AFC Bournemouth on Saturday, when goals from the Cherries’ front two Callum Wilson and Josh King were enough to put them to the sword.

The Hammers struggled to get going on a soggy South Coast and were punished by the home side’s greater thrust in the attacking third after half time.

Samir Nasri went close with a low drive from the edge of the box in the opening period, while Andy Carroll blazed over when well placed early in the second 45, but it wasn’t to be the Hammers’ day.

Carroll was recalled to the Hammers’ starting XI with Marko Arnautovic absent from the matchday squad, as the Hammers set about trying to extend a run which had brought them 19 points from their previous nine games.

But in truth, neither side was able to get going before the break, with the majority of their attacking movements breaking down before they could threaten the opponents’ goal.

One player who thought he had found a way through was Bournemouth’s Nathan Ake, when he headed home from a Fraser cross on 21 minutes. However, his celebrations were cut short by an offside flag against Wilson in the middle.

At the other end, West Ham’s best chance of the opening 45 minutes fell to Nasri, who fired inches wide of the left hand post after the Cherries failed to clear convincingly on 25 minutes.

Then, aside from wayward long distance shots by Adam Smith and Declan Rice, there wasn’t really much to report before referee Simon Hooper brought the opening period to a welcome close.

Both teams had opportunities to score within five minutes of the restart. First, Lukasz Fabianski had to dive low to his right to claw away a Steve Cook header, then the Hammers worked the ball to the other end and Carroll really should have scored from close range, but shot over after Michail Antonio knocked his header back to him.

West Ham were made to pay with 54 minutes on the clock when Wilson, so often the thorn in their side, volleyed into the top left-hand corner from 18 yards after Fraser’s cross deflected off Issa Diop to the striker.

Midway through the half, Manuel Pellegrini looked to the bench to change it up, with Chicharito and Robert Snodgrass coming on for Carroll and Nasri, but they had Fabianski to thank shortly afterwards for a fingertip save, touching Wilson’s low shot onto the upright.

As the clock ticked over 90 though, Bournemouth did wrap it up, King sweeping home from close range when, with the Hammers committed, David Brooks burst into the box and laid square.