West Ham United is delighted to announce that Grady Diangana has signed a new deal with the club until 2025.

The new six-year contract means Diangana becomes the second Academy graduate to commit his long-term future to West Ham in recent times, with Declan Rice also signing a new deal with the Hammers last month, until 2024.

Diangana, who joined West Ham as a ten-year old, is now looking forward to continuing his development in the Claret and Blue, having made 15 first team appearances since his senior debut in September.

Speaking about his new deal, Diangana said: “I am very excited to know that my future is here for the next six years. I’m really excited to show the world and the fans at London Stadium what I can do.

“I’m very grateful to everyone in the Academy. To every manager and all my team-mates that I’ve played with since I’ve been here. It’s really a journey because you get the highs and you get some lows, but all in all it makes you become a better player and a better person.”

I am very excited to know that my future is here for the next six years. I’m really excited to show the world and the fans at London Stadium what I can do.

Joint-Chairman David Sullivan said: “It's great to see another product of the Academy making it into the first team and committing their future to the club for such a long time.”

Manager Manuel Pellegrini is delighted that Diangana’s future with West Ham has been secured and has backed the 20-year-old to continue his progress with the Irons.

“I am delighted that Grady has signed a new long-term contract and secured his future with West Ham United.

Grab your own 2018/19 West Ham United Away Kit now from the store here!

“He has made great progress since the beginning of the season and deserves the opportunity he has been given. As I have said previously, I have trust in Grady because he is a clever, intelligent player who always has a good solution with the ball.

“Like Declan Rice, he is still a young player with many years of football ahead of him and still much to learn about the game. However, if he keeps working hard and showing the dedication and willingness to learn that I have seen this season, then he can have a very successful career.

“I know that, for West Ham United, the development of our young players through the Academy is a very important part of the club’s heritage and tradition. Grady is one of a number of good young players we have coming through and it is a very encouraging sign for us.” 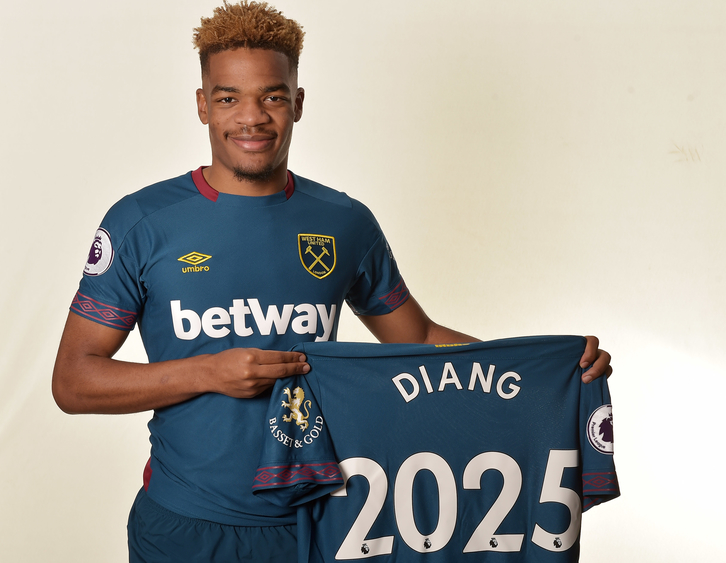 A versatile and confident young attacker, Diangana has proven his ability to play across the front-line at all levels for West Ham, with the youngster playing a crucial role in the U23s’ promotion to Premier League 2 Division 1 in the 2016/17 season.

Having made his first appearance for West Ham at U21s level in the 2014/15 season, Diangana continued to show his ability, and grow, within the Academy of Football, becoming a trusted member of Terry Westley’s side.

The No.45’s talent saw him earn a first senior squad call-up in the 2017/18 season, featuring in the matchday squad for the Emirates FA Cup tie at Wigan Athletic last January and Premier League games against Southampton and Chelsea.

Diangana stole the headlines on his West Ham senior debut as he started in the Carabao Cup clash with Macclesfield Town. The winger scored twice in an 8-0 win; the team’s biggest victory since 1983. 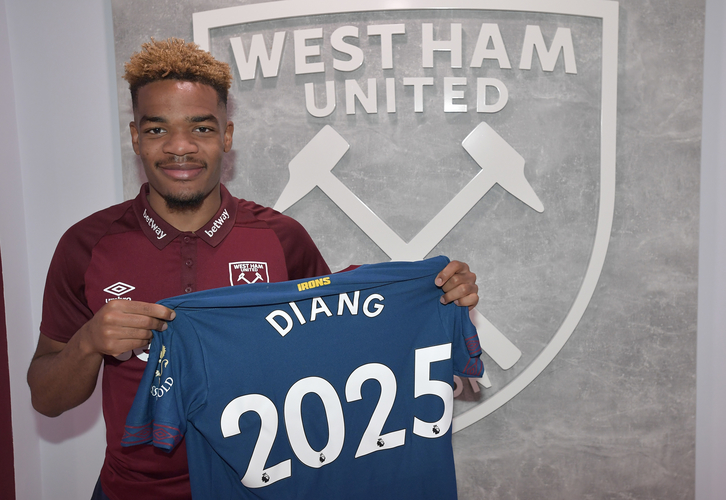 A Premier League debut then followed in the most incredible of scenarios, as Diangana took to the field in the 3-1 win over Manchester United.

Grab your own 2018/19 West Ham United Away Kit now from the store here!

Diangana's impressive form saw the winger earn his first international call up, representing the England U20s in a friendly fixture with Germany in November. The attacker showed no signs of nerves on his Three Lions bow, performing superbly as the team claimed an impressive 2-0 win.

With 15 first team appearances already under his belt this season, Diangana can now focus on enhancing what has already been a sensational season, with his long-term future secure.