The No3 has been back to his best in recent weeks, helping the Hammers to collect seven points from their last four top-flight matches and rise to ninth in the table.

Unsurprisingly, the 29-year-old is delighted with the way things are going, both for himself and for the team.

“Defensively, we were superb,” he observed. “We limited them to hardly any chances so, as a defender, a clean sheet is what we want, so you can’t ask for more than a clean sheet and a win.

“We were talking as we were walking around the pitch after, me, Dec and Zaba, and there is no better feeling than when the game is over and there are still 50-odd thousand fans cheering and you’re able to thank them for their contribution as well. One-nil, three points, at home, happy days!

“When we first moved in, it wasn’t easy, but what you’ve seen over the last couple of months has been fantastic.

“I’ve played the last four games now and there is a lot of competition for places, which is healthy, so we’ve all got to work as hard as we can to stay there.” 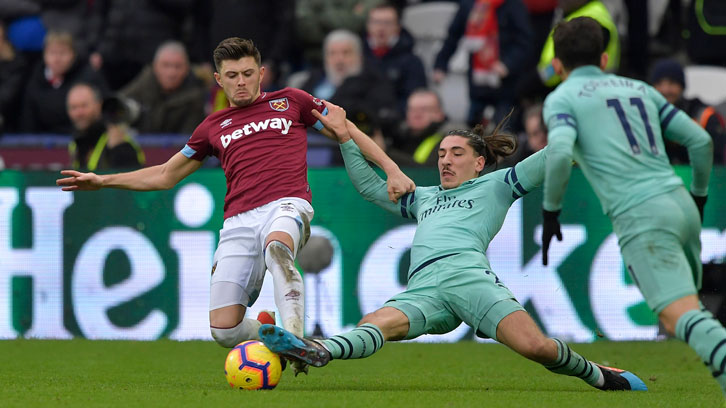 Looking back on West Ham’s second home win of the season over a top-six club, Cresswell felt the hosts were good value for their victory.

“We were at it straight from the off and I thought we deserved it over the 90 minutes,” he said. “We always knew it was going to be a tough game as they’re a good side and have got some good players, but we got the three points and couldn’t ask for much more.

“Tactically, the gaffer got it spot-on. We’d been working on it all week, pushing the back four up and getting the midfield up and that’s the best I’ve seen us tactically this season and it’s certainly worked today. It was a great win.

“It was an achievement to stop them scoring. We hadn’t beaten them for a long time and to beat them at our home ground was massive. It puts us up to ninth now, although there are lots of games to go, but what a win!” 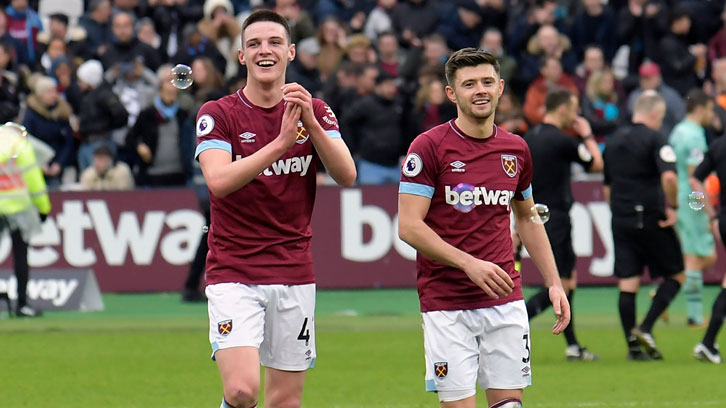 While West Ham’s defensive solidity was key to their victory, the three points were secured by a first goal in Claret and Blue from Declan Rice, whose 47th-minute strike sparked wild celebrations among his jubilant teammates.

“I was buzzing for him because I’ve been battering him for the last few weeks, saying ‘Any chance of a goal?!’ as he’s played 55 games now!” Cresswell smiled. “It couldn’t have happened at a better time. We won one-nil, Dec’s scored the winner and he got a bit excited in the celebration as I don’t think he knew what to do!

“Samir played the ball back and he didn’t have to blast it. It was a really controlled finish for a young lad and I’m buzzing for him.”

Rice: We know the direction we’re heading in

Sebastien Haller: It feels great to score a special goal

Fabiański: My reaction showed what it meant to all of us

Moyes: Finishes like that are not good for a manager's heart!

Moyes: We did some really good things

Fabiański: I was happy I could help

Souček: Both teams deserved the draw