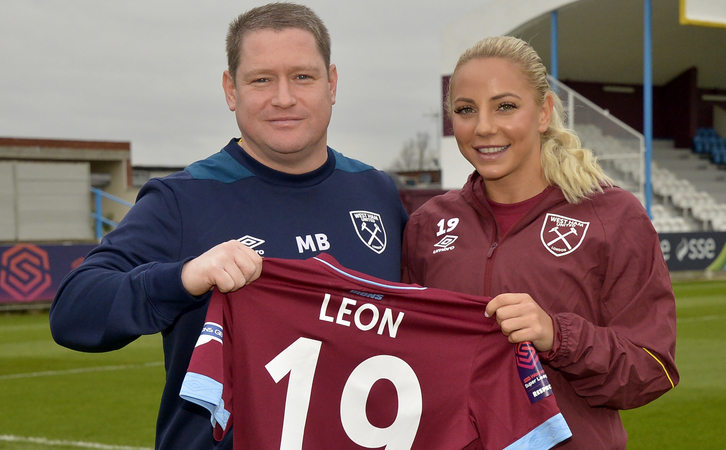 The forward will wear the No19 shirt for the Hammers.

I am thrilled to be here at West Ham United,” Leon told whufc.com, “It’s great to make this move over. I really wanted a change and I was keen to be playing at the top level in what is a crucial year.

“The World Cup is coming up with Canada and I want to play as much as possible, and West Ham is a really good challenge for me.”

I am thrilled to be here at West Ham United. This will be a really good challenge for me.

Head coach Matt Beard is thrilled to bring the 26-year-old to the Women’s Super League, having previously worked with Leon at National Women’s Soccer League side Boston Breakers, and believes the winger will add further quality to his already talented squad.

“I am delighted to welcome Adriana to our side,” Beard said. “I had a great working relationship with her at Boston, and she brings a winning mentality with her to West Ham.

“Dri will bring goals and assists to our side. With us still being a relatively new group, she will add some more experience to our squad and even more quality to the final third. On top of that, she is a fantastic professional and a brilliant person, and I’m certain the West Ham fans will see the best of Dri in our shirt.”

Born in Mississauga, Ontario, Leon accepted an athletic scholarship to attend the University of Notre Dame in 2010, playing for the side’s soccer team for two years. As a freshman, Leon came off the bench to score her side’s only goal in the 1-0 victory over Stanford Cardinal, which won the NCAA national championship tournament. 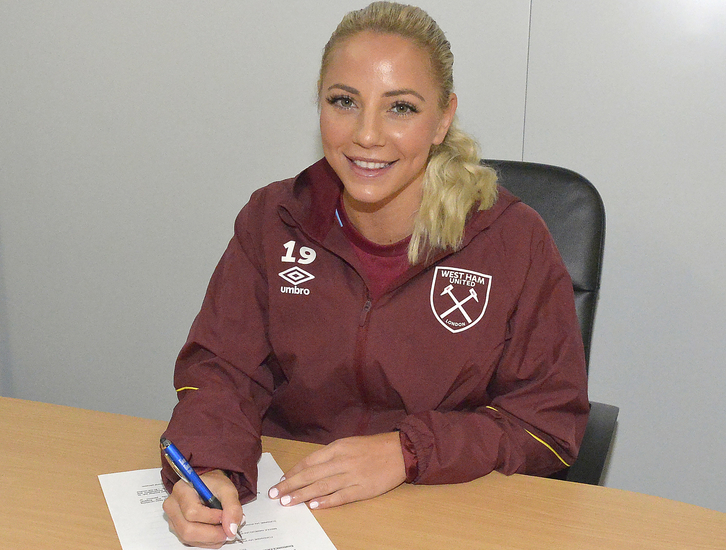 Leon stepped away from North America for the first time in 2016, securing a move to Swiss Nationalliga A team FC Zurich Frauen. The attacker spent four months in Switzerland before returning to America, signing with the Boston Breakers for a second time.

Leon would work with Hammers boss Beard in Boston, scoring six goals in 24 matches, before the side unfortunately ceased operations prior to the start of the 2018 campaign. 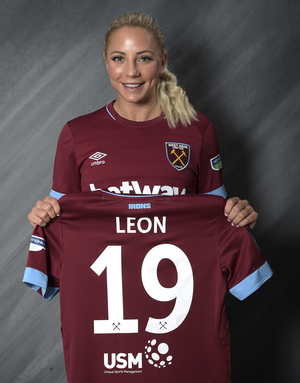 The winger is thrilled to be reunited with Beard at West Ham and experience the challenge of the Women’s Super League for the first time.

“Matt was really good for me in Boston and I feel like I really developed under him while we worked together. It’s great to be reunited with him. I’m looking forward to working with him again.

“I’m really excited to get going in the FA WSL. I’ve heard the league is physical and there is a lot of emphasis on technical play. It will be good for me to continue my development here.”

Short spells with Sky Blue and Seattle Reign followed, with Leon now opting to test herself in the English top flight with the Irons.

On an international level, Leon has featured 54 times for Canada since her debut in 2012, scoring 12 goals. The forward marked her very first cap with the game-winning finish, scoring the only goal in a 1-0 victory versus China in the 2013 Four Nations Tournament.

Everyone at West Ham United would like to welcome Adriana and her family to the Club and wish her every success in the Claret and Blue.